New research could pave the way for mass production of new forms of nanotech devices for use in the renewables and medical sectors.

In a new paper published today (Thursday March 10) in the journal Nature Communications, researchers from the Universities of Glasgow, Ohio and Massachusetts discuss how they have been able for the first time to limit chemical reactions to specific areas of nanostructures they create. 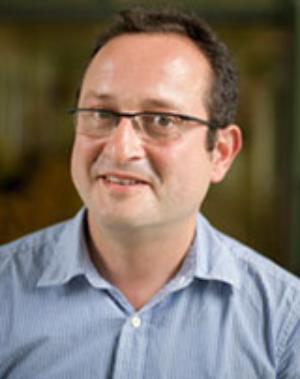 The team utilises the ability of metallic nanostructures to generate heat from laser pulse illumination which is then focussed in the surrounding water to generate localised hot and cold regions. The water temperature mediates a chemical reaction that enables selective positioning of molecules on the nanostructure. The team have used this strategy to enhance the capabilities of a nanosensor for detecting proteins. The novel spatially selective method provides efficient high-throughput control of chemistry on the nanoscale over macroscopic areas.

Dr Malcolm Kadodwala, of the University of Glasgow’s School of Chemistry, led the research team.

He said: “Nanoscale device manufacture is now done routinely and inexpensively around the world. However, controlling chemical reactions in particular parts of nanostructures has, until now, been an expensive and difficult process which has made large-scale production impossible.

“We’ve found an entirely new way to control chemistry at the nanoscale. We use lasers to heat water in incredibly small volumes around a nanostructure which directs chemical reactions. Being able to direct chemical reactions in this way opens up a whole new series of opportunities to create devices with novel applications which are more affordable and simpler to make than ever before.

“We hope that this is an important first step to creating assembly lines for nanodevices which have molecular materials in regions the manufacturer specifies. That could help create cheaper, more effective solar panels in the future, for example, or new forms of medical sensors.”

The team’s paper, titled ‘Spatial control of chemical processes on nanostructures through nano-localized water heating’, is published in Nature Communications.

Link to paper in Nature Communications