Patients in areas of high deprivation in Scotland report poorer outcomes from GP consultations, partly because they perceive their doctors as less empathetic than those who live in affluent areas. 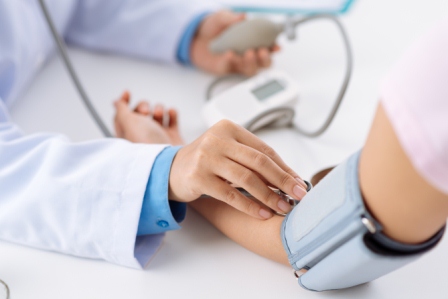 Research, carried out by the University of Glasgow’s Institute of Health and Wellbeing and the University of Southampton, also showed that patients’ expectations and GPs’ behaviours within the consultation differed significantly between high and low deprivation areas.

The research, published in the Annals of Family Medicine today, compared GP consultations in areas of high and low deprivation in Scotland during 2006 and 2009 and analysed the factors predicting poorer or better outcomes in both low and high socioeconomic groups.

The research, which involved 659 patients attending 47 GPs in a total of 20 practices, found in both settings that patient perceptions of the physician’s empathy played a significant role in predicting the patients’ outcomes.

Professor Stewart W. Mercer, the lead author, said: “This new paper adds to evidence already shown that the outcomes of the consultations are worse in such patients in deprived areas, and that an empathic patient-centred approach leads to better outcomes.”

The paper also demonstrates the “inverse care law,” the principle which holds that the availability of good medical care tends to vary inversely with the need for it in the population served.

Professor Mercer added: “It is not to suggest GPs working in deprived areas are un-empathetic, but rather that they face a higher work load and have patients with complex needs.

“Because of the inverse care law, the GPs in those deprived areas struggle to deliver patient-centred care due to time and resource constraints, and thus the NHS is not working best where it is needed most.”

Compared with affluent areas, researchers found that patients in the deprived areas had higher rates of ill health, psychosocial problems, and multi-morbidity. They also had more problems to discuss within the same consultation time, yet less desire for shared decision making, as well as perceiving their GPs as less empathetic. The outcomes, in terms of symptom severity, for those living in more deprived areas were worse at one month, than for those living in affluent areas.

Analysis also showed that GPs in the deprived areas displayed verbal and nonverbal behaviours that were less patient-centred. Although many factors predicted patient outcomes, perceived physician empathy was the only consultation factor that predicted better outcomes in patient symptoms and wellbeing in both high and low deprivation groups.

To improve health in deprived areas, the researchers call for policies that address the wider social determinants of health and that improve consultation quality by reversing the inverse care law.

The study, ‘General Practitioners’ Empathy and Outcomes: Prospective Observational Study of Consultations in Areas of High and Low Deprivation’ is published today in Annals of Family Medicine. The research was funded by the Scottish Government Chief Scientist Office.