An early stages test for Chronic Kidney Disease (CKD), developed by the University of Glasgow’s Professor Harald Mischak, has received a letter of support from the US Food and Drug Administration (FDA).

The letter, one of only ten the FDA have issued and the first in the area of CKD, was issued “to encourage the further development” of Professor Mischak’s test, CKD273 – a biomarker panel composed of 273 peptides that can identify the early stages of CKD through a urine test. 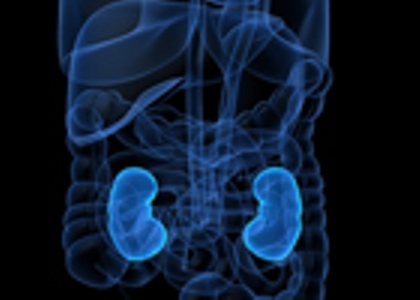 Professor Mischak was awarded the FDA letter of support through his spin out company mosaiques diagnostics GmbH. Professor Mischak also owns UK based subsidiary DiaPat, which coordinates CKD273 testing in the UK.

The CKD273 test, described as being a ‘liquid biopsy’, brings together the information from 273 individual peptides in a person’s urine. It therefore detects CKD at a much early stage than conventional tests that are used in clinical practice.

By identifying patients in the very early stages of the condition, the test could enable targeted and early intervention and even facilitate treatment to prevent the onset of CKD. Biomarkers such as CKD273 are important tools to support the principles of precision medicine: the right treatment, for the right patient at the right time and cost.

Professor Mischak, the Robertson Chair in Biotechnology and Professor of Proteomics, said: “This acknowledgement of the value and validity of our scientific development by the FDA is a timely and clear indication of the relevance of personalized medicine. This will pave the way towards precise intervention at the earliest point in time, which may delay progression of CKD or even completely prevent the onset of disease.

“Encouraged by the letter we will continue developing and employing this technology for other areas of clinical need, in particular cardiovascular diseases and cancer.”

CKD is a devastating disease affecting 10% of the population in developed countries and costing £100bn Euros every year. It is more common in people with diabetes or hypertension and often isn’t diagnosed until the disease reaches an advanced stage.

The disease is currently incurable, although its progression can be delayed or even halted in some patients. The disease can end in kidney failure, and is life-limiting.

The CKD273 test, which would be primarily targeted at people with underlying health conditions such as hypertension and diabetes, is currently undergoing clinical trials in leading centres across Europe including Glasgow, where the activities are led by fellow University of Glasgow academic Professor Christian Delles.

Professor Christian Delles from the Institute of Cardiovascular and Medical Sciences, said: “Biomarkers are important for the early detection of diseases such as CKD but the currently available biomarkers are not fit for this purpose. With their letter the FDA acknowledge the potential of the exciting new technology behind the CKD273 marker and encourage its further development and use in clinical studies.

“We look forward to the results of our ongoing large-scale clinical trial that will demonstrate how CKD273 can be used in clinical practice and how it changes the management of patients at risk of CKD.”