Suppressing levels of a specific brain receptor can help to protect against diet-induced obesity as well as health concerns such as type-2 diabetes and fatty liver disease.‌ 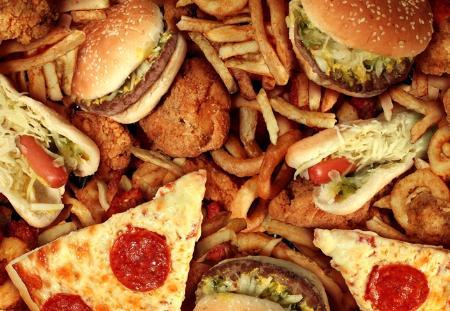 Lower levels of p75 neurotrophin receptor (NTR) – a receptor involved in neuron growth and survival – has been shown to “put the brakes” on the body’s metabolism of fat.

Researchers from the Gladstone Institutes in California and the University of Glasgow have also discovered that p75 is upregulated by a high fat diet making it more likely that the fat from obese individuals is less likely to get broken down for energy purposes.

In the current study, the researchers investigated the relationship between p75 NTR and a diet high in fat— often the cause of these problems. The scientists discovered that the receptor helped regulate metabolic processes that control body weight, and reducing the number of p75 NTR in fat cells prevented weight gain in mice.

Professor George Baillie, from the University of Glasgow’s Institute of Cardiovascular and Medical Sciences, said: “This research is important because it identifies a new function for a receptor called p75. This receptor which responds to growth factors called neurotrophins has previously been shown to have important roles in the central nervous system.

“Here we show that p75 also exist in fat cells where it puts a brake on the metabolism of fat. Crucially, p75 is upregulated by a high fat diet making it more likely that the fat from obese individuals is less likely to get broken down for energy purposes.”

Professor Baillie added: “Mice that had p75 genetically silenced were protected from diet-induced obesity, type 2 diabetes, fattening of the arteries (atherosclerosis) and fatty liver disease. This suggests a highly novel way to counteract the global obesity epidemic as targeting p75 in peripheral tissue could become a tractable therapeutic intervention for the prevention of obesity and diabetes.”

Lead author Bernat Baez-Raja, from Gladstone Institutes, said: “We’ve identified a novel molecular mechanism that regulates energy expenditure and may help prevent obesity and the metabolic syndrome. The complete protection from obesity and metabolic dysfunction in the study animals, without any differences in appetite or physical activity, suggests that p75 NTR is a key regulator of fat burning.”

The researchers removed p75 NTR from mice and then fed them a high-fat diet. The mice were then found to be resistant to weight gain and remained healthy and lean after several weeks on the diet. Conversely, normal, “wildtype” mice fed the same diet became obese, had larger fat cells, higher insulin levels, and developed signs of fatty liver disease.

Notably, there was no difference between the wildtype and p75 NTR-depleted mice regarding diet, overall energy consumption, or physical activity. Rather, the experimental mice had significantly greater energy expenditure than the wildtype mice, mostly likely because they burned more fat.

The researchers say the next step is to develop small molecules or drugs that regulate p75 NTR to reproduce this effect and potentially serve as a therapeutic intervention for obesity and metabolic syndrome.

The study, ‘p75 Neurotrophin Receptor Regulates Energy Balance in Obesity’ is published today in Cell Reports. Researchers from the University of California, San Diego and King’s College London also took part in the research. Funding was provided by the National Institute of Neurological Disorders and Stroke, the UCSF Liver Center, the UCSF Diabetes and Endocrinology Center, the Spanish Research Foundation, and the Medical Research Council.