Factors regulating the biological age of a transplanted kidney (miles on the clock ) as opposed to the chronological age (calendar years) are key to determining how well it will work after transplantation, a new study has revealed. 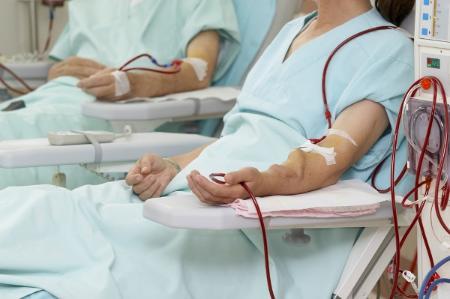 Researchers from the Glasgow Ageing Research Network (GARNER), based at the University of Glasgow’s Institute of Cancer Sciences and the NHS GG&C Renal Unit, have found that these factors can provide doctors with a more accurate advanced indication of post-transplant outcomes and thus better patient management.

The researchers believe their findings could help to better predict Delayed Graft Function (DGF), a delay in when an organ starts working after transplant. DGF is a common condition in renal transplants. It can result in a significant increase in the necessity for hospitalisation post-transplant and is a significant risk factor for other post-transplant complications.

Professor Paul Shiels said: “We have previously shown that the biological age of the organ, and not chronological age, is a key factor determining how well a kidney will work after transplant.

“We can now show that factors regulating biological age (how well the organ actually works in comparison to its calendar age in years) are critical for both how well and when an organ will work after transplant.”

There is currently no objective system to predict the occurrence of DGF in advance of a transplantation procedure. However, this study has revealed the diverse and complex factors regulating the processes required for healthy organ ageing.

The factors regulating age comprise microRNAs (miRNAs), a specific subclass of small RNA (Ribonucleic acid – one of the major biological macromolecules that are essential for life) that have previously been shown to influence many pathways in health and disease.

The researchers have identified and measured key miRNAs and used them in analyses to show, for the first time, that their levels in the kidney before transplant can be used to determine when it will start working after transplant. The team have replicated their work in two independent sets of transplants – one in Glasgow, the other in Austria.

As a result the researchers have now created a new pre-transplant renal performance scoring system called the Glasgow Renal Prognostic Scoring System (GRPSS), and demonstrated that it can determine in advance the occurrence of DGF for donors pre-transplant, using just three microRNAs involved in the regulation of biological ageing, combined with donor age and type of organ donation.

“We believe this work demonstrates the considerable potential of miRNAs for assaying the status of donor organs, and to improve the assessment of marginal organs by providing more accurate pre-transplant prediction of post-transplant function. It represents a big improvement of existing systems, employing patient characteristics, including chronological age.”

The study, ‘Identification of Molecular Markers of Delayed Graft Function Based on the Regulation of Biological Ageing’, is published in Plos One. The study was funded by Cunningham Trust, Darlinda’s Charity for Renal Research and NHS Greater Glasgow and Clyde along with funding from European Community's Seventh Framework Programme.