The Zika virus, which is carried by Aedes mosquitos and was previously a slow pandemic, is on the rise across the Americas: and its rapid spread is causing serious concern to health officials.‌ 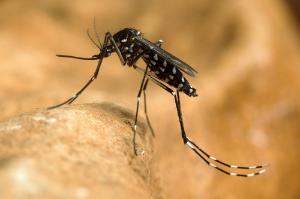 Researchers at the University of Glasgow's Institute of Institute if Infection, Immunity and Inflammation are stepping up work on mosquito-borne viruses into the study of the Zika virus (Flaviviridae), a much neglected illness, in the hopes of understanding it more and, more importantly, aim to develop improved diagnostics, therapeutics, a vaccine. There is currently no treatment or vaccines available.

Dr Alain Kohl, from the MRC - University of Glasgow Centre for Virus Research (CVR), is leading the work, along with colleagues from Brazil at Fiocruz in Recife, into how the Zika virus interacts with the cells, and understand the virus’ genetics to support these efforts.

Dr Kohls adds: “Although this is an emerging virus, with funds from the Medical Research Council, we are working hard at the University of Glasgow’s CVR to do something about Zika, as it has the potential to spread further and put more people at risk.”

Although the virus is not particularly life-threatening, current data suggests the Zika virus is behind a recent tenfold increase in the number of cases of microcephaly – a serious brain birth defect – in parts of Brazil. And as more and more people are infected, different symptoms emerge.

First discovered in Uganda in 1947, and later elsewhere in the sub-Saharan Africa, the Zika virus arrived in Southeast Asia at latest by mid-century. In the 21st century it spread across the Pacific Islands, reaching South America around 2014. Doctors believe it was imported to Brazil either during 2014’s World Cup or, more likely, during a canoeing event held in Brazil that involved Pacific islanders.

Since then, it has spread rapidly northwards, reaching Mexico only last month. Its clinical profile has symptoms resembling a dengue-like febrile illness and

Chikungunya viruses, until recent associations affiliate it with the previously mentioned microcephaly and Guillain-Barré syndrome.

Dr Kohl said: “In quite a short space of time, the virus moved from one side of the globe to another and is now infecting tens of thousands of people. This is the type of of situation when virologists become wary.

“We need to think about what we can do to stop this virus. Developing improved diagnostics and therapeutics or a vaccine needs to be a priority. The virus has already reached Mexico, but where and how far will it go next? The diagnostics for this virus need to be improved so the virus can be picked up in donated blood, for example. “

Dr Kohl stresses the importance of the crucial research he is involved in to combat the Zika virus. “Given the popularity of Brazil and South America as a travel destination, there is the possibility of import of this virus to Europe.”

Dr Kohl’s review paper on Zika is co-authored by Dr Derek Gatherer at the Lancaster University and is published today in the Journal of General Virology.