Girls are more afraid of mathematics than boys, especially in more developed and gender-equal countries, according to a new worldwide study.

A team of psychologists from the University of Glasgow and the Universities of California (Irvine) and Missouri in the USA found girls were more anxious about mathematics in 80% of the countries surveyed.

The researchers analysed the large international assessment of student performance in 15-year-olds from the Programme for International Student Assessment (PISA) and related these data to socio-economic indicators from the World Economic Forum and the United Nations. PISA is an OECD-funded survey of school achievement carried out with nearly 500,000 pupils in 68 countries and economic regions, including the USA and the UK. The researchers analysed the 2003 and 2012 PISA data sets because of their focus on mathematics achievement, attitudes and emotions. Their article is published in the PLOS ONE journal. 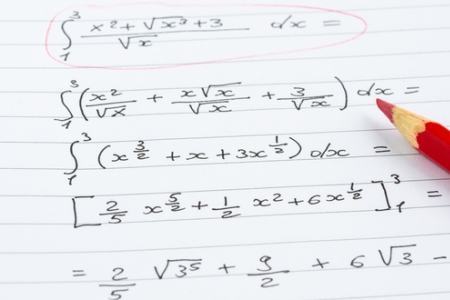 The focus of the study was on girls’ negative emotions about mathematics, described as “mathematics anxiety”. Mathematics anxiety is defined by the researchers as “a psychological factor that can undermine the pursuit of mathematics”. It also refers to the negative feelings experienced during the preparation of and explicit engagement in mathematical pursuits. The research was carried against a background of significant under-representation of women in many STEM (Science, Technology, Engineering and Mathematics) subjects.

This study also analysed the potential role of parental views on the value and importance of mathematics for their daughters and sons. In contrast with common perceptions, parents in more developed countries generally placed a stronger emphasis on the mathematical development of their sons than their daughters (see specific examples below). This was despite the fact that these more developed countries actually had larger proportions of mothers working in the STEM sector. This latter point suggests that having more female role models does not necessarily influence girls’ attitudes to maths.

The UK is an example of a country with a low proportion of mothers working in STEM where mathematics is valued more for sons than for daughters. Although the USA has a considerably lower ratio of mothers in the STEM sector (for every 11 fathers in STEM, only one mother), there is no difference in parental valuation of mathematics for sons and daughters.

Dr Gijsbert Stoet, Reader in Pyschology in the School of Education at the University of Glasgow, said: "Social commentators keep mentioning the importance of female role models in STEM. If such role models were really so important, we would have expected that countries where more mothers work in the STEM sector would value mathematics for boys and girls equally. This is not the case and matches other research that same-sex role models make no difference."

The study highlights the complexity of the gender differences in mathematics performance and anxiety. The authors suggest that policies to address these differences must take into consideration that career choices are not a simple function of gender equality; paradoxically, other factors, such as gender differences in occupational interests and other skills, emerge in highly-developed, gender-equal countries that might disproportionately affect girls’ mathematics anxiety and participation in STEM. In other words, simply focusing on gender equality and female role models is not going to be sufficient for increasing women’s participation in STEM fields.

Dr Stoet added: "Policies to attract more girls and women into subjects such as computer science, physics and engineering have largely failed. Gender equality is a key humanistic value in enlightened and developed societies, but our research shows that policy-makers cannot rely on it as the sole factor in getting more girls into subjects like physics and computer science. It is fair to say that nobody knows what will actually get more girls into these subjects -- if anyone knows, they have been very good at keeping it a secret."