A new study is hoping to reveal the early signs of cardiovascular disease (CVD) in order to create drugs to treat the condition before symptoms have developed.

Despite being the biggest killer in the Western world the individual causes of the various types of CVD: coronary heart disease, heart attack, heart failure and stroke, are still largely unknown.

As part of a new €6 million study, researchers at the University of Glasgow are joining forces with colleagues from across Europe to try to identify the early signs of physiological change in the body that indicate nascent CVD. 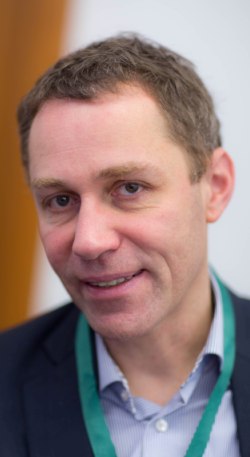 Dr Christian Delles of the Institute of Cardiovascular and Medical Sciences who is a key collaborator on the project which is worth £557,000 to Glasgow, said: “The problem with cardiovascular disease is that it often develops unnoticed over years before becoming a serious problem.

“We all know that smoking, over-consumption of alcohol and a high-fat diet can increase the risk of developing CVD but we currently know very little about the earliest stages of the disease, which at are at least in part, reversible.

“At present drug-based interventions are based on risk-factor control – for example through reducing existing high blood pressure or using statins to reduce blood cholesterol levels.

“However, if we can identify early signs or biomarkers of the disease before symptoms arise, we have the opportunity to develop interventions to stop disease before it becomes a problem.”

In order to understand what transformations do take place in the body in the early stages of CVD, the scientists will closely study the proteins expressed by different genes and look for disease-specific changes – a field of study known as proteomics.

Identifying a range of biomarkers involved in CVD could ultimately lead to treatment tailored to an individual’s own body – heralding a new era of personalised medicine.

In future cardiovascular disease may be treated before it is even noticed by the patient and has had the chance to cause irreparable damage.

The four-year study, entitled ‘Systems Biology to Identify Molecular Targets for Vascular Disease Treatment’ (SysVasc), is being coordinated by Professor Burkert Pieske at the Medical University of Graz in Austria.

It is funded through the Seventh Framework Protocol (FP7) of the European Commission and involves 30 leading scientists from 10 different countries who will examine thousands of samples and data-sets.

For the first time in a large research consortium, SysVasc uses modern, systematic medical approaches that can contribute to early and individual diagnosis and treatment through the use of new biomarkers from blood and urine.

As a consequence of this ground-breaking research, completely new pathways in pharmaceutical development can be pursued.

Dr Delles said: “CVD accounts for more than four million deaths in Europe each year, thus comprehensive knowledge of the pathophysiological processes that lead to this disease pattern is urgently needed.

“Based on a comprehensive cause study, early detection will be improved in the future and tailored to individuals. This will improve the effectiveness, specificity and side-effects of treatment.”