Regius Professor of Law Appointed to the University of Glasgow

Her Majesty the Queen has appointed James Peter Chalmers to the Regius Chair of Law in the University of Glasgow. 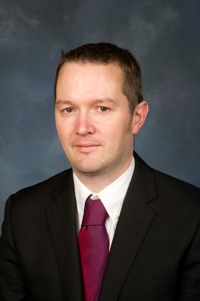 Professor Chalmers said: “I am honoured to have been appointed to this Chair, particularly given the Tercentenary of its founding next year, and hope that I can live up to the standard set by its distinguished former holders.”

Professor Chalmers researches primarily in the area of criminal law, and is the author or co-author of a number of leading texts including The New Law of Sexual Offences in Scotland, Legal Responses to HIV and AIDS and Criminal Defences and Pleas in Bar of Trial (with Fiona Leverick). In 2011, he was named as one of the founding members of the Young Academy of the Royal Society of Edinburgh.

The Chair is one of 13 Regius Professorships at Glasgow - The University of Glasgow has the highest number of Regius Professors in the British Isles – positions created by the monarchy at the UK’s ancient universities – and was founded in December 1713. The first holder, William Forbes, was appointed in 1714. It has been held since by a long list of distinguished legal scholars, including John Millar, William Gloag, David Walker and the most recent holder, Joseph Thomson. The University of Glasgow will celebrate the Tercentenary of the Chair in 2013.

A Royal Warrant approving the appointment of Professor Chalmers was signed by the Queen and Scotland’s First Minister Alex Salmond.

Glasgow has the highest number of Regius Professors in the British Isles; the other universities in the UK which have Regius Chairs are Aberdeen, Cambridge, Edinburgh, Oxford and St Andrews, as well as Dublin in the Republic of Ireland.