The 150th anniversary of English Literature at the University of Glasgow will be celebrated with a landmark workshop and exhibition exploring the evolution of the subject over the years and into the future.

The event will be held 150 years to the day after John Nichol, the first Regius Professor of English, delivered his inaugural lecture to the University, on 17 November 1862.

This notable lecture began a tradition of excellence that has seen the University of Glasgow become an internationally recognised centre for teaching and research in English and Scottish Language and Literature. 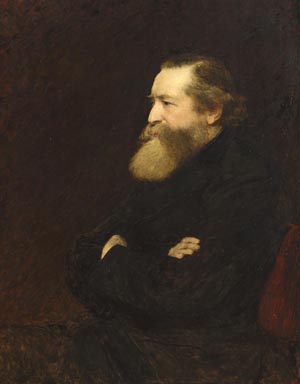 The latest in the line of Regius Chairs of English, Professor Nigel Leask, said: “There have been a great many talented individuals who have studied and taught at the University over the past 150 years and I am truly proud to have inherited Nichol’s Regius Chair.

“Over the years we have attracted thousands of students from Scotland, England, Ireland, North America, and the wider world, and we are in an excellent position to maintain this great tradition of learning, teaching and research going into the future.”

“I am very pleased to be celebrating the 150th anniversary of English Literature at Glasgow and, given the thriving cohort of undergraduate and postgraduate students that we have here, I believe we can look confidently to the future.”

‎A Glaswegian by upbringing, John Nichol (1833-94) was something of a polymath. Trained at Glasgow and Oxford Universities, he was well versed in philosophy, classics and history as well as English language and literature, and authored several volumes of poetry. 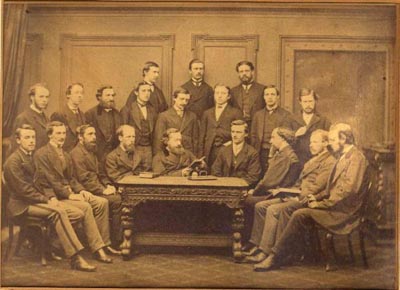 He was a pioneering force in Scottish academia. At the time that he delivered his inaugural lecture, having a dedicated English Literature department within a University was unusual. It was a further eight years and 49 years respectively before Oxford and Cambridge founded their equivalent positions.

Alongside establishing English Literature at the University of Glasgow, Nichol worked tirelessly throughout his life to make education available to all social classes, paving the way for the University of Glasgow’s modern Open Access programme. He was also a champion of education for women, helping to found the Queen Margaret College for Women, in 1883, which the first institution of its kind in Scotland.

You can find out more about John Nichol and English at Glasgow: http://www.gla.ac.uk/schools/critical/aboutus/150/