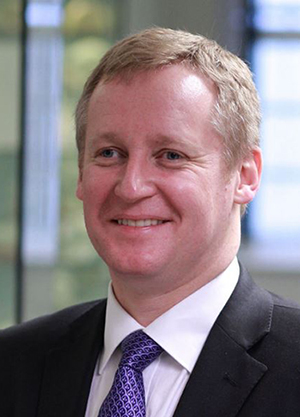 For his contributions to veterinary education and research, Stuart received the Dalrymple-Champneys Cup and Medal. The BVA present these to one member each year to recognise work of outstanding merit that it considers will encourage the advancement of veterinary science.

The award also recognises Stuart’s contributions to the profession, both at the national and international level, including his recent presidency of the Royal College of Veterinary Surgeons, his senior office at the Association of American Veterinary Medical Colleges and his chairmanship of the European Committee on Veterinary Education.

His commitment to the profession runs deep – he completed the 2015 London marathon to raise awareness and £14,000 for mental health issues in the profession.

On learning that he had been awarded the Cup and Medal, Stuart commented: 'It is a huge honour and an enormous privilege to be recognised in this way by the BVA, and truly humbling.

'The advancement of veterinary science happens in every facet of our profession – the practices, labs, offices, consulting rooms, on farm, in lecture halls and in surgeries…everywhere, home and abroad. I have been fortunate enough to work with colleagues - both veterinary and non-veterinary - in all of these environments and I like to think that if the contributions arising from these collaborations are judged worthy, it is very much a recognition of the collegiate approach and the efforts of the entire team.

'Our futures will depend upon us advancing veterinary science ever more rapidly in our changing world. The BVA and its cognate organisations have a central role to play and the Dalrymple-Champneys Award speaks directly to this important agenda. I am delighted to be this year’s recipient.'

Stuart has continuously contributed to veterinary research from his earliest papers in 1997 on donkey sarcoids to his more recent substantial papers on the epidemiology of influenza, E coli and Salmonella. He has over 140 publications in peer-reviewed journals, and over £15miilon in competitive grants to his name. Through his research, Stuart has guided veterinary public health towards a deeper understanding of pathogen biology, antimicrobial resistance and control.

Awarding the Dalrymple-Champneys Cup and Medal for 2016, BVA President Sean Wensley said: 'It gives me real pleasure to present this award to Stuart. He is a popular and deserving recipient. As his nominator said "It would be difficult to propose a more illustrious candidate for the Dalyrmple-Champneys award"'.