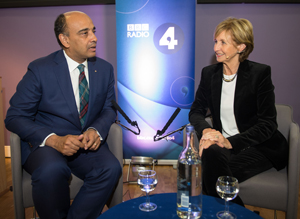 BBC Radio 4 came to the Gilmorehill campus on Friday 7 October to record an episode of the prestigious Reith Lectures.

The talk, entitled 'Mistaken Identity: Country', was delivered by philosopher and cultural theorist Professor Kwame Anthony Appiah and introduced by broadcaster Sue Lawley. Professor Appiah is a British-born, Ghanaian-American philosopher, cultural theorist and novelist who specialises in moral and political philosophy, as well as issues of personal and political identity, multiculturalism and nationalism.

The other lectures in the series of four will focus on Colour, Creed and Culture, and are being recorded in London, Ghana and in the United States. The series will be broadcast on Radio 4 and the BBC World Service. 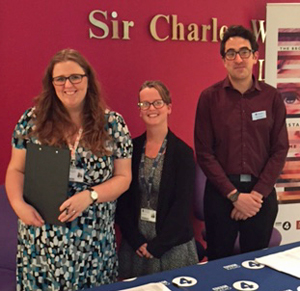 The event was introduced by the Principal Professor Anton Muscatelli who welcomed Professor Appiah, chair Sue Lawley and the large audience to the University of Glasgow.

In the lecture Kwame Anthony Appiah explained that: 'We live in a world where the language of identity pervades both our public and our private lives. We are Muslim and Christian, so we have religious identities. We are English and Scottish, so we have national identities. We are men and women, and so we have gender identities. And we are black and white, and so we have racial identities. There is much contention about the boundaries of all of these identities. Not everyone accepts that you have to be a man or a woman; or that you can't be both an Englishman and a Scot. You can claim to be of no religion or gender or race or nation. Perhaps, in each case, someone will believe you. And that is one reason why the way we often talk about these identities can be misleading.'

‌A lively question and answer session followed the lecture, and the event was closed by Ken MacQuarrie, the BBC's Director of Nations and Regions who thanked everyone for their attendance and paid tribute to the University of Glasgow for hosting such a prestigious recording.

The Reith lectures will be broadcast on BBC Radio 4 from Tuesday 18 October at 9am, with this edition on air on Tuesday 25 October at 9am. 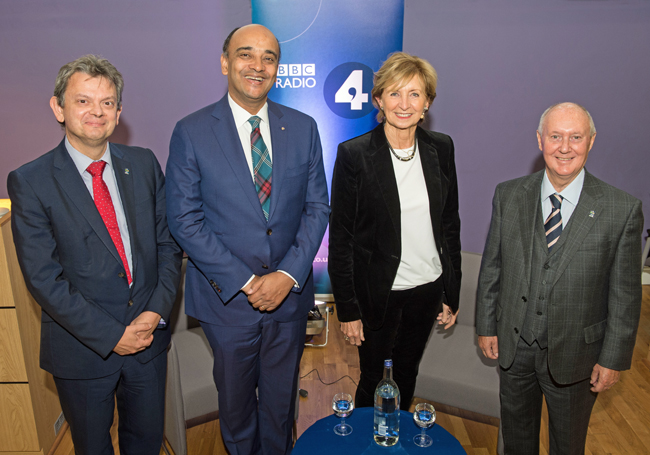