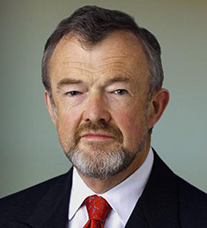 “Free Movement of Persons – The Right We Must Leave Behind?”

The 30th annual James Wood Lecture will be delivered by Ian Forrester QC, Judge of the General Court of the European Union, on the topic “Free Movement of Persons – The Right We Must Leave Behind?”

The lecture will take place in the Senate Room at 5.30pm on Friday 11 November. Attendance is free but registration via Eventbrite is required.

Ian Forrester QC graduated from the University of Glasgow (MA 1965, LLB 1967) before completing a Masters in Comparative Law at Tulane University in 1969. Following a distinguished career in legal practice most recently as a partner with White & Case in Brussels, he was appointed as the United Kingdom’s judge at the General Court of the European Union in 2015. He is an Honorary Professor in the School of Law at the University of Glasgow, where he has frequently taught competition law to students, and was awarded the degree of LLD by the University in 2009.

The James Wood Lecture is the principal public lecture hosted annually by the School of Law, having first been delivered by Lord Fraser of Tullybelton in 1987. Recent James Wood lecturers have included Eleanor Sharpston QC, Professor Dame Hazel Genn, and Lord Sumption. It is generously supported by the James Wood Bequest Fund.