The School of Critical Studies' Metaphor Map project has won a Digital Humanities award. It was in the category 'Best Visualisation'.

The project, completed last year, traces metaphor over the entire history of the English language, creating the first ever Metaphor Map resource which contains the thousands of metaphorical connections that the UofG researchers have identified. 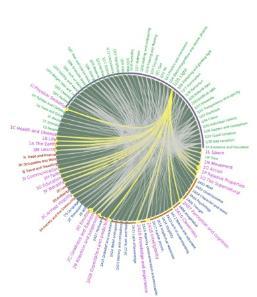