The The Hong Kong University of Science and Technology (HKUST) has hailed the recent MoU agreement signed with the University of Glasgow.

The signing took place last month at the inaugural summit of the Times Higher Education Asian Summit, as part of the 25th anniversary celebrations of HKUST.

A spokesman for HKUST said it was hoped the MoU  would help foster international exchange opportunities for students. HKUST has also signed agreements with Jagiellonian University (Poland), the University of Warwick and University of Waterloo (Canada). The Principal, Professor Anton Muscatelli said the agreement with HKUST was a significant event for both universities and was very appropriate that the signing had taken place as HKUST marked its  25th birthday and hosted the first ever THE Asia summit. He said the UofG looked forward to developing an even closer relationship with HKUST on academic collaboration and student exchange. 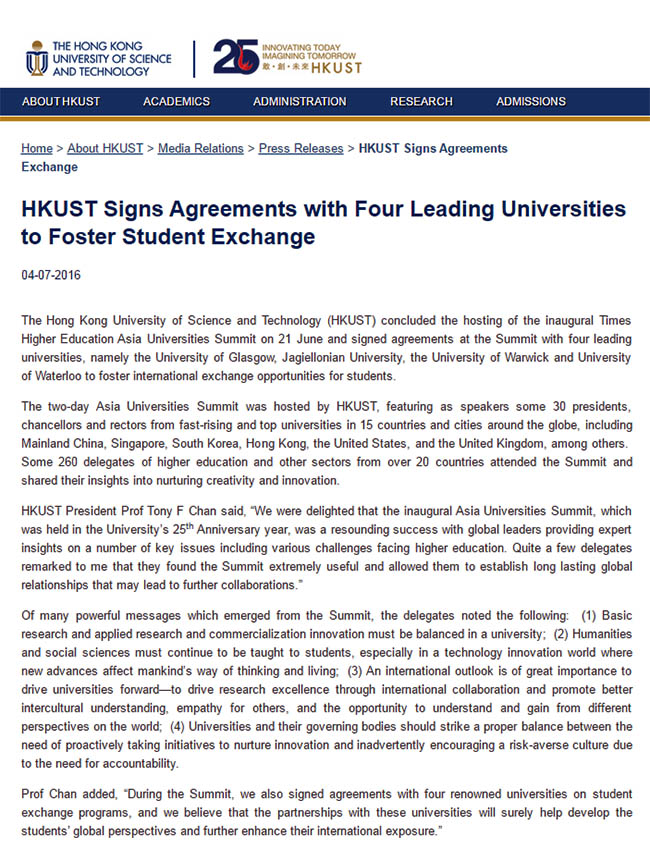