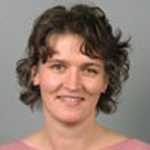 Professor Susan Waldron - Professor of Biogeochemistry at the University of Glasgow - is one of seven new members appointed by the the Natural Environment Research Council (NERC) to its Science Board to replace those who have completed their term.

The Science Board is NERC Council's main source of advice on scientific matters. It is responsible, among other things, for developing NERC's integrated science strategy and for advising on the balance of the science portfolio and advising on the strategic priority of funding new programmes and initiatives.

The new appointments, which started in January 2016, are: