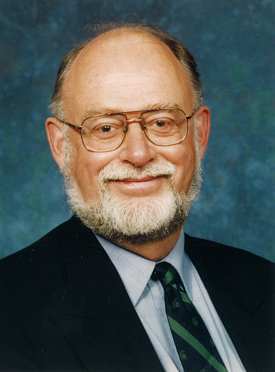 The successful modern university requires of its academics high quality research, excellence in teaching and a willingness to share the burdens of administration. Bill Lever, who passed away on 2 January, was always a successful, modern academic and an engaging and supportive colleague. He shaped the evolution of contemporary economic geography. He was at the core of building the journal Urban Studies into the leading global publication on city issues. He was at the heart of the development of urban studies at the University as the UK’s leading, internationally renowned centre for research on cities.

Bill was born and raised in Accrington and progressed from the local grammar school to St Peter’s College, Oxford in 1961. There he was awarded a first class honours degree in Geography (1964) and then, promptly, completed a D.Phil (1967).

Bill was immediately appointed to an Assistant Lectureship at the University of Glasgow. Despite a series of attractive offers from other noted institutions in the UK and overseas Bill then remained employed at the University for the rest of his career rising quickly to Lecturer (1974), Senior Lecturer (1976), Reader (1979) then Professor (1982).

I too arrived at the university in 1967, as an undergraduate student. I was so impressed and engaged by the lectures he gave, as they were well organised, extensively referenced, research informed and clearly, and humorously presented, that I then moved to his department, Social and Economic Research, as a postgraduate student and stayed there to pursue my own career. Bill was my teacher, my colleague and my boss (a burden he bore with patience and tolerance) and I saw over four decades the vast contribution he made.

In his own research Bill, whilst always theoretically informed, had a real strength in empirical research on the processes and outcomes of local economic change. This ranged from his local roots, involving research on the demise of employment in industrial towns dominated by a large employer (the end of these dark Satanic mills), to an understanding of global competitiveness and the possibilities of the knowledge economy in city change. There are fifty papers and essays that lay out the development of his thinking on these issues. Bill’s work had great salience to those policymakers charged with stemming the decline of Glasgow and the cores of Britain’s great cities. His research and advice was valued by the West Central Scotland Plan Team, which laid the foundations for the Scottish Development Agency, its successor Scottish Enterprise and its local vehicles the Glasgow Development Agency and Scottish Enterprise Glasgow, as well as the Scottish Office and Whitehall Departments. Bill Lever’s view mattered not just in the UK but he also advised OECD and the World Bank on major issues in urban economic development.

Bill planned, funded and delivered these telling research achievements whilst undertaking major teaching commitments at the University and the Mackintosh School of Art ( and colleagues always attributed his better than average taste in ties to the latter connection). At the same time he led research teams, mentored younger researchers and edited, with colleagues, Urban Studies for decades.  He also spent a successful period as Head of the Department of Social and Economic Research. Through all that period he was the most supportive of colleagues, and always to the fore in building the social capital that makes academic departments work happily (he was an outstanding Santa Claus at Christmas parties). After retiring from full time work in 2002, a decision triggered by enduring health issues, Bill continued as a distinguished Emeritus Professor and remained to the last a revered friend and colleague for all who worked with him.

Bill is survived by his wife, Marian and their children Chris, Catherine and Sara.