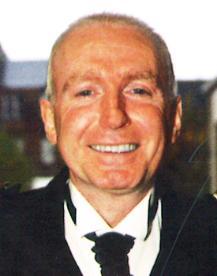 Hospitality Services are deeply saddened by the sudden death of Storeman, Gordon Sharp who has passed away at the age of 57.

Gordon joined Hospitality Services in September 2007 as a porter/driver and was initially based at the Food Farm, Garscube Estate.

Gordon transferred to the Gilmorehill campus in 2012 to join the stores team in the Fraser Building. A computerised stock control system was introduced in Hospitality Services and Gordon was heavily involved in training his colleagues on the new system. His patient and calm approach to teaching made a difficult task much easier for the staff and the department.

Gordon is survived by his wife Elaine, two daughters and grandchildren. He will be greatly missed.