Dr Emmanuel Mourlon-Druol, Lecturer in International Business and Enterprise at the Adam Smith Business School, has been awarded a €1.5 million Starting Grant by the European Research Council (ERC) for his project "EURECON – The Making of a Lopsided Union: Economic Integration in the European Economic Community, 1957-1992". The project will commence on 1 March 2017 and last for five years. 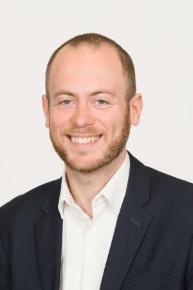 Dr Mourlon-Druol explained the background to his project: "It is often said that the euro has faults of conception. But how did this happen? How was the euro made in such a way that it nearly completely overlooked some critical aspects of monetary unions? The assumption is that in the run-up to the 1992 Maastricht Treaty, European policymakers just did not think properly about how to make the euro work. Was this really the case? Did European policymakers really overlook the economic foundations of European monetary union?" ‌

The goal of the EURECON project is to explore European policymakers’ views about how to make the organisation of the European Economic Community (EEC) fit for the creation of a single currency, from 1957 to 1992.

The project will examine the origins of the issues that are currently bedevilling the European Union (EU) by investigating the period between the creation of the EEC in 1957 and the decision to create a European single currency in 1992.

EURECON aims to look at the proposals, which focused specifically on the fields of macroeconomic policy coordination, fiscal transfers, capital market integration, banking harmonisation/supervision and the deepening of the common/single market, to develop economic integration as a means to improve the functioning of the EEC as a possible currency area. The project aims to examine these debates and proposals, understand the reasons for their success or failure, identify the dynamics of political and economic trade-offs and compromises, shifting priorities, and alternative approaches that were abandoned at the time but recycled later.

The EURECON project will focus on five work packages, and four projects will concentrate on the role and influence of non-EEC non-state actors and factors. EURECON will also constitute a prosopography of the actors involved in the discussions. The project will consider all available primary archival sources from all member states over the 1957-1992 period.

The five work packages will focus on the areas listed above, namely macroeconomic policy coordination; fiscal transfers and the EEC budget; capital market integration; banking regulation and supervision; and the completion of the common and single market.

The four projects, carried out by PhD students and Postdoctorate researchers, will undertake specific case studies looking at the role of commercial banks; the reaction of big business and/or its attempt to influence the evolution of the EEC environment; trade unions; and the spread and influence of economic ideas on the evolution of European economic cooperation and integration.

On securing this funding, Professor Anne Anderson, Vice-Principal of the University and Head of the College of Social Sciences, said: “This is a wonderful achievement and a clear recognition of the importance of Dr Mourlon-Druol’s research on recent financial history.”

Professor John Finch, Head of the Adam Smith Business School, added: “Emmanuel’s award is a highly impressive achievement and will lead to significant research on the emergence of economic and business institutions in Europe. The project is, of course, topical, but Emmanuel will bring deeper insight by way of his historical perspective, tracing the consequences of earlier negotiations and decisions, the concepts, frameworks and data drawn upon in those critical decisions. Emmanuel and his team will draw out lesson pertinent to Europe, but also generally to those interested in principle and practice in monetary and economic union.”

The ERC, set up by the European Union in 2007, was the first pan-European funding organisation set up to support excellent frontier research. ERC Starting Grants are designed to encourage young talented researchers who have proven potential of becoming independent research leaders. The funding enables these young researchers to set up their own research teams and pursue ground-breaking ideas. This year’s funding received over 2,900 proposals, of which 11% were funded; to date the ERC has funded over 5,000 top researchers at various stages of their careers.

Dr Mourlon-Druol is the only University of Glasgow recipient of an ERC Starting Grant for 2017.