Want to be involved in a novel, exciting kind of event? Help us make the Radical Film Network unconference happen! We are bringing together Film-makers, exhibitors, activists and academics to meet and discuss projects and views about radical cinema in a radical way.

The Unconference is a fantastic opportunity to gain hands-on experience in organising a new kind of cultural event, and knowledge of the radical film culture in Scotland and beyond.

This is a great happening to be involved in, especially if you are interested in radical film culture, local film organisations in Scotland, or the dynamics and logistics of international un-conferences and radical new forms of academic events.

What is Expected from a Volunteer?

Volunteers will receive training and are requested to be available for maximun four hour shifts at a time. You will be involved in all aspects of the event, but we have identified various key posts we will need some help with:

Interested students please join us for a Volunteers meet up on April 20 at Gilmorehill Halls. Have a look at the Radical Film Network and Un-Conference Facebook page. 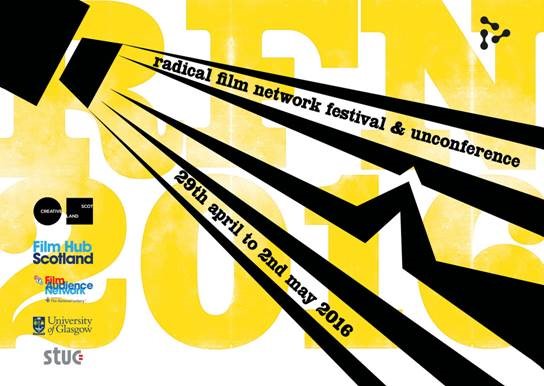