In memory of Patrick O'Donnell

Professor Muffy Calder, Vice-Principal and Head of College, Science and Engineering said: “Paddy was a wonderful academic colleague.  He was a great communicator who cared deeply about students and how we teach them; he made a huge impact on students and staff alike.

“Any meeting with Paddy was a good one – he brought insight, clarity of thought, and a good dose of irreverence.   In any discussion, I always looked forward to a pithy remark from Paddy, reminding us what really mattered.

“We will all miss him dreadfully, he was remarkable.”

The passing of a legend by Professor Stephany Biello, colleague and friend to Paddy 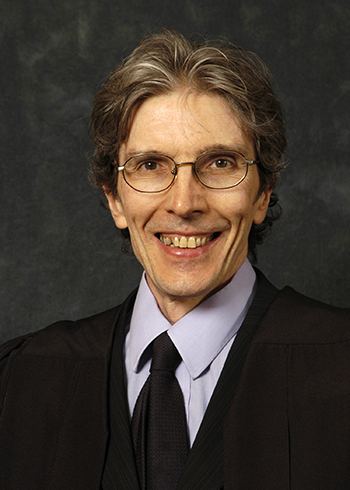 A former Glasgow University student once said of Professor O’Donnell, ‘Paddy is a living legend at Glasgow University - in first year, even before your first lecture you hear of him from older students and he sure does not disappoint.’

We are saddened to report the passing of a legend.  Paddy died peacefully, at home, after an illness bravely borne, in the presence of his family.  Paddy was the beloved husband of Mary and loving father of Ruth.

Paddy retired in November 2015 after 46 years as an academic in Psychology at the University of Glasgow.  Through his personal teaching and scholarship, he provided the highest quality learning experience for undergraduate and postgraduate students.

He taught across all levels of the curriculum and, without interruption, presented the Introductory lectures in Psychology to Level 1 students for 45 years.  The cumulative audience for his lectures stands at over 25,000 students.

His lectures have been heard by mothers and fathers, their sons and daughters, and at least one grandchild.

Professor O’Donnell’s reputation extended into the media – in the local media, where his teaching popularity attracted the headline “Paddy Packs Them In.”; in the national press, where he was a regular consultant for his expert views; and in social media, where students created a Facebook page called “The Legend that is Paddy O’Donnell.”

This week's Learning and Teaching Conference marked Paddy's passing. Professor Frank Coton told the audience: 'He was a truly gifted teacher and to his colleagues he was a tower of strength. He personified teaching excellence.' As a mark of respect for Paddy's indomitable spirit, the audience was invited to break out into applause - rather than observe a silence.

Professor O’Donnell was highly respected and popular as a teacher.  He was also an enthusiastic PhD supervisor, successfully graduating over a dozen students who have taken on academic or professional careers in the discipline.  In 2011, for a career distinguished by significant and sustained commitment to excellence, he received a Teaching Excellence Award.

He was promoted to Professor of Teaching, Learning and Assessment in 2006.  Over the years, he served on many Faculty and College committees, including College Management, he chaired the Working Party on Equal Opportunities, and was an elected member of Senate.

He was well-known for his perspicacity, sharp wit, and humour.  The energy and dedication it took to contribute to the University in this way for such a sustained period cannot be overstated and his contribution, always made with insight and humour, was effective and inclusive.

Professor O’Donnell’s research included work on computer interfaces, where he established important industrial links with NCR, IBM, and Honeywell.  He also maintained an interest in addiction research, therapeutic treatments, and decision-making in accounting.

Most recently, his career gained an international reputation with over 15 high-impact publications elucidating the immediate temporal dynamics and neural underpinnings of how we process the written word.

Professor O’Donnell’s contribution to the University of Glasgow – academically, administratively, and pedagogically – has been truly immense.

Over the decades, his vision and tireless efforts forged the foundation of the national and international recognition and success that Psychology at the University of Glasgow enjoys today.  In this spirit, and to inspire all of us to rise to his high standards, The School will offer from next academic year an annually funded O’Donnell Learning and Teaching Award to recognise and encourage staff activity in the areas of Teaching, Learning and Assessment.

He will be sorely missed.