David Ferguson (c1857-1936) attended the University of Glasgow between 1905 and 1908.  Ferguson was a mining engineer, a geologist and Antarctic explorer - the Hunterian Museum's largest collection of Antarctic rocks were collected by Ferguson on geological survey expeditions commissioned by Christian Salvesen and company between 1911 and 1915, and he was among the first to geologically investigate the South Shetland Islands, Graham Land and the Belgica Strait. 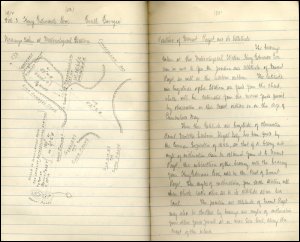 This image shows a hand map showing the track of the SCOTIA during the Scottish National Antarctic Expedition 1902-1904.  This map was produced to accompany a lecture given by W S Bruce, 14th December 1905, at the Athenaeum, Glasgow, which Ferguson no doubt attended. 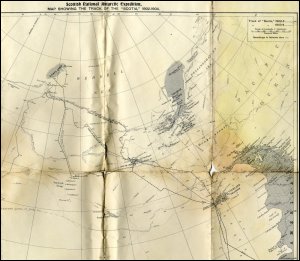 For further information on the papers of David Ferguson archive, please see the online catalogue.