Sponsian: The Rediscovery of a Lost Roman Emperor

In 1713 a small hoard of Roman coins was allegedly unearthed in Transylvania. Over the following decades, its contents were dispersed amongst collections across Europe, including Dr William Hunter’s. 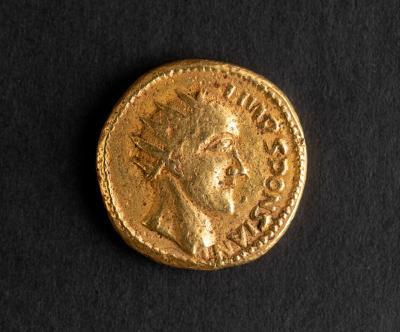 Four gold coins lay near-forgotten in cabinets in The Hunterian for over 200 years, until recent analysis at the University of Glasgow overturned long-standing views about their authenticity. Dismissed as forgeries since the mid-19th century, results suggest that these coins are in fact genuine.

Three relate to recognised emperors of the mid-3rd century CE. The fourth depicts Sponsian, a controversial figure previously relegated to obscurity, now rediscovered as a ‘lost emperor’ of the Roman era.