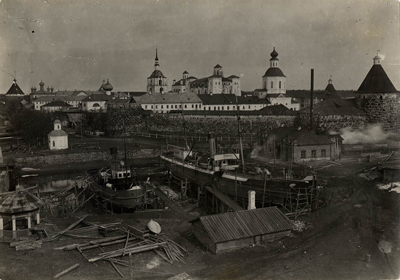 The Hunterian has launched its first virtual exhibition which looks at the unique circumstances of Russia’s first Gulag, the Solovki Prison Camp.

Beauty in Hell: Culture in the Gulag explores how the cultural activity of the intelligentsia sentenced there formed a resistance to the systematic violence and oppression which came to define the camp.

Highlighting current research by Dr Andrea Gullotta, Lecturer in Russian Studies at the University of Glasgow, Beauty in Hell also commemorates the 100th anniversary of the Russian Revolution.

A number of the digital images featured in the exhibition are on view for the first time and come from a combination of organisations and individuals. 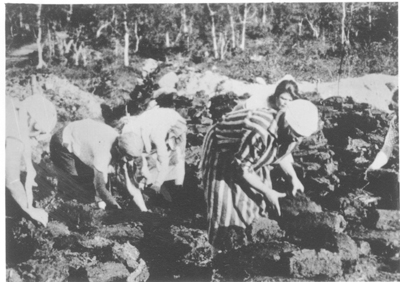 From 1923 to 1939 the Solovki Archipelago, a small group of islands in the White Sea off mainland Russia, was home to one of the Soviet Union’s earliest labour camps. The Solovki Camp, also known as the SLON or Solovki Prison Camp, is widely regarded as the 'first Gulag' of the USSR. These forced labour camps were instated by Vladimir Lenin for the ‘re-education’ of undesirable citizens.

It is hard to estimate how many prisoners passed through the Gulag system during the years the Soviet Union was active, but under Stalin the Gulag came to symbolise the systematic repression of any citizen who was seen to oppose the state.

Because the Solovki Camp was a ‘special purpose’ camp, those sent there were a particular category of prisoner. Other than some common criminals, the ‘population’ of the camp comprised mainly of people connected to Tsarist Russia and the White Army, the clergy, representatives of other branches of the left such as Socialist Revolutionaries and Anarchists, members of the bourgeoisie and the nobility. 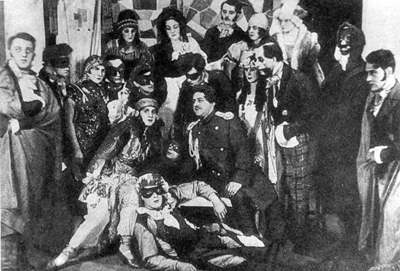 Among them were representatives of the intelligentsia, many of whom were, or were to become, prominent in the history of Russian culture: writers, scholars, scientists, composers and painters.

Beauty in Hell examines both life in the camp, which for most prisoners was characterised by harsh weather conditions, insufficient food rationing and institutionalised violence, but also its unique cultural output which included literature, visual art, music and theatre performances.

Lenders to the exhibition include International Memorial, Moscow; the Research and Information Centre Memorial, St. Petersburg; The Museum of the History of the Gulag, Moscow; The Solovki State Historical, Architectural and Natural Museum-Reserve and The Arkhangel'sk Regional Scientific Library N.A. Dobrolyubov.

Beauty in Hell also marks the centenary of the Department of Russian Studies at the University of Glasgow.

Beauty in Hell: Culture in the Gulag can be viewed on The Hunterian website: www.gla.ac.uk/beautyinhell