The new Director of The Hunterian at the University of Glasgow takes up post this week.

Steph Scholten joins The Hunterian from the University of Amsterdam where he was Director of Heritage Collections. His appointment was announced in May this year, following the departure of former Hunterian Director Professor David Gaimster. 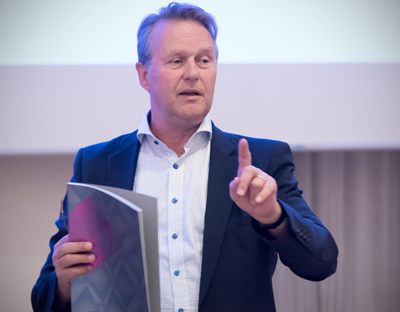 His arrival at The Hunterian coincides with preparations for one of the most important anniversaries in its long history. The William Hunter Tercentenary celebrations in 2018 will mark the birth of Hunterian founder Dr William Hunter (1718 – 1783) and features two major exhibitions created in partnership with the Harvard University Art Museum and the Yale Centre for British Art.

The Hunterian has recently opened its Collections Study Centre at Kelvin Hall and plans for further development are underway. The next major phase of Kelvin Hall will include new public galleries for The Hunterian, bringing the internationally important collections together under one roof. The relocated Hunterian will be a major addition to Scotland’s heritage, educational and tourism offer.

New Director Steph Scholten is an experienced museum director and academic with over 25 years experience in the cultural sector. He is an art historian by background with an international reputation and extensive knowledge of museum collections. In The Netherlands, he worked for the Ministry of Education, Science and Culture, for the National Institute for Conservation, at the National Museum of Antiquities and was in charge of the extensive and important collections and museums of the University of Amsterdam.

‘I am delighted to welcome Steph Scholten to the University of Glasgow as Director of The Hunterian. He arrives at a momentous time for the University as we embark on a major expansion of our campus and look ahead to the further development of Kelvin Hall. The Hunterian is a critical part of these plans and I look forward to working closely with Steph.’

‘It is a great pleasure and a fantastic challenge to have the opportunity to work at institutions with such great standing as the University of Glasgow and The Hunterian, especially to be joining at this important time in their development.’