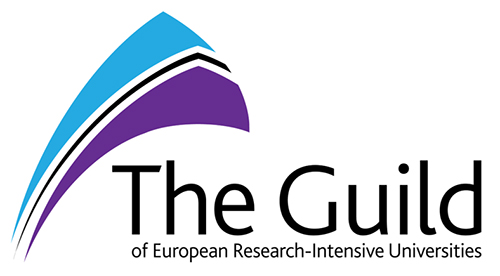 The Guild of European Research-Intensive Universities

Founded in 2016, The Guild comprises 21 of Europe’s most distinguished research-intensive universities in 16 countries and is dedicated to enhancing the voice of academic institutions, their researchers and their students.

In July, we hosted The Guild of European Research-Intensive Universities’ Summer School online, bringing together 45 researchers from 21 universities across Europe.

"That was a game-changer."

Running for the second time following its launch in Paris in 2019, the aim of The Guild Summer School was to encourage PhD researchers to reflect on their work beyond the laboratory. With a focus on research communication, the 2021 event built on the previous theme of exploring different career opportunities within and beyond academic.

"I was so modest while communicating about my research. After Summer School, I took a different perspective!"

A group of multidisciplinary researchers attended representing a variety of career goals, but all with the shared aim of wanting to learn how to communicate their research more effectively.

They benefited from workshops delivered by specialists from several of The Guild universities on a range of topics such as:

"I am even more convinced now to work in the industry and be more active on social media."

The Guild of European Research-Intensive Universities

Founded in 2016, The Guild comprises 21 of Europe’s most distinguished research-intensive universities in 16 countries and is dedicated to enhancing the voice of academic institutions, their researchers and their students.

Subscribe to The Guild newsletter for information about the next Summer School.