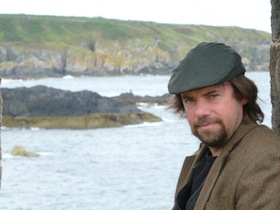 Dr Tony Pollard is the Director of the Centre for Battlefield Archaeology and a Senior Lecturer in History at the University of Glasgow. He has carried out battlefield and conflict-related archaeological projects in the UK, mainland Europe, Africa and South America. Tony has written numerous papers and articles on archaeology and military history and in 2000 he co-organised the first ever international conference on Battlefield Archaeology. He then went on to make two series of Two Men in a Trench for the BBC, which introduced the public to the archaeology of British battlefields. Along with Neil Oliver, he wrote two books to accompany the programmes. In 2009, Penguin published his first novel, The Secrets of the Lazarus Club.