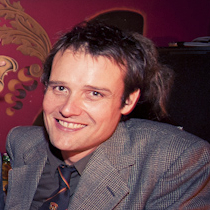 Doug Paine is a founding member of the Glasgow-based sound system Mungo’s Hi Fi, a mobile dance club in the Jamaican sound system tradition, which he set up with Tom Tattersall in 2000. Since then, he has worked in collaboration with other artists and producers as well as performing live at clubs, gigs and festivals in the UK and around Europe. The sound system itself has enjoyed support from BBC Radio 1 and other radio stations, bringing publicity for Doug and Tom and their independent record label, Scotch Bonnet, which was founded in 2005.