The Royal Society of Edinburgh, Scotland’s National Academy, has announced the winners of its highly prestigious medals, which recognise exceptional achievement.

One of the 2022 medal recipients - Dr Neil McDonnell - is from the College of Arts.

Professor Sir John Ball, President of the Royal Society of Edinburgh, said: "I offer my warm congratulations to this year’s RSE medal recipients, who join a group of pioneers whose discoveries have advanced knowledge and our understanding of the world.

"Their outstanding work showcases the international reputation of Scottish research and innovation.“ 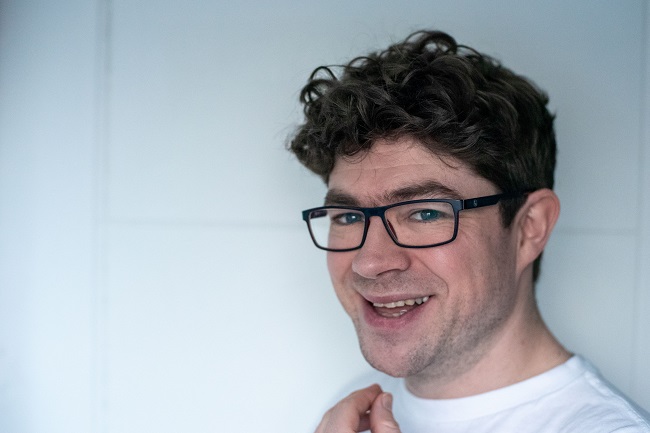 Dr Neil McDonnell, Lord Kelvin-Adam Smith Fellow in Virtual and Augmented Reality at the School of Humanities | Sgoil nan Daonnachdan, is awarded the RSE/Thomas Reid Medal for his leading and sustained work on Project Mobius, including creating a ‘VR for Zoom’ platform which has delivered the significant elements of VR without the need for headsets; thus negating the health risk currently associated with their use. His work is recognised globally for developing the very highest levels of visualisation and simulation.

Dr McDonnell said: “I am honoured to receive this medal, and the recognition it bestows, from the Royal Society of Edinburgh. That it is named in honour of one of my predecessors in philosophy at Glasgow, Thomas Reid, is particularly pleasing! My work on Extended Reality (XR) in Glasgow, especially that on Project Mobius and on our new ARC XR facility, depends greatly on the willingness, creativity, and effort of others in order to succeed.  I acknowledge that contribution here and thank my colleagues at Glasgow for their support.”