New study will investigate why our dialects are changing

A new research project led by the University of Glasgow will trace how Scotland’s traditional regional dialects are changing and help map our linguistic future.

The project is investigating the growth of ‘bidialectalism’, looking at what it will mean to the long term future of linguistics in Scotland. It hopes to uncover why increasing numbers of people have developed a dual linguistic identity and are now using two separate dialects in their every day lives.

Previous studies have shown that people in smaller communities develop two distinct dialects; a local dialect that is used among members of the same community, and a more formal standard dialect that is used when talking to members outside of the local community. It is thought that the growth of bidialectalism may be the root of a new dual identity within younger generations, whereby one identity is assumed in the local community and a different one used elsewhere.

The research, funded by a three year Economic and Social Research Council (ESRC) grant, is being carried out by academics at the University of Glasgow.

The team will focus on a specific community in Buckie, in North-East Scotland, and measure the speech patterns of three generations of speakers ranging from 15 to 80 years of age. The subjects will be interviewed twice, firstly through a native speaker of the dialect (an ‘insider’) and then again through someone who has no ties to the area (an ‘outsider’).

The team want to know whether there are changes in patterns of bidialectalism over the three generations. They will use a range of quantitative analysis techniques to test for variations in speech patterns between the age groups, looking for where and when speakers switch dialects, whether all speakers do this fluently, in which situations people switch dialects, and how their speech patterns change.

The results will provide a snapshot of bidialectalism over the past century, and suggest trends that may affect the future linguistic landscape of Scotland and its communities. 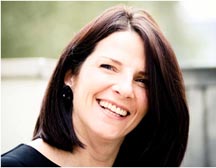 Dr Jennifer Smith, Principal Investigator on the project, said: “In this project, we investigate one such community, Buckie, a small fishing town in north east Scotland, which has a highly specialised dialect.

“This local dialect is used the majority of the time when talking to other community members, and indeed speaking ‘posh’ is a big no-no within the community. However, speakers do use a more standard variety in certain situations, such as in school and talking to outsiders.

“This ability to switch between local and standard is particularly noticeable amongst the younger generations, but the question is where, when and how do speakers switch? Can all speakers switch fluently or does it depend on the individual person? Do certain situations make people switch more than others? Do speakers switch words, sounds and grammar or only certain parts of the language?

“We’re hoping that his study will help us learn how our language is evolving, and what to expect going into the future.”

I na see nane o’ that loons there.

“What are you doing tomorrow?

I don’t see any of those boys.

A few of the houses have been knocked down.”

For more information please contact Nick Wade in the University of Glasgow’s Media Relations Office on 0141 330 7126 or at nick.wade@glasgow.ac.uk.