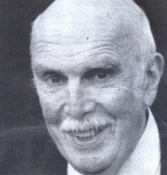 It was Bernard Crick’s commitment and enthusiasm that led to the Stevenson lectures taking their present form.  He participated in day conferences and workshops for schools (students as well as teachers) on citizenship; and then helped to organise and took an active role in the citizenship lectures of 2006-7 (‘Citizenship: the concept and principles of active citizenship as seen in history, law, education and contemporary society’) and 2007-08 (‘Citizenship & the role of the media’).

Professor Sir Bernard Crick died in Edinburgh in December 2008 at the age of 79.  During the last few years of his life Bernard Crick was closely associated with the University of Glasgow and the Stevenson Trust for Citizenship, having been appointed Stevenson Visiting Professor for the session 2006-7; and he received an Honorary degree from the University of Glasgow in 2006, in recognition of his services to political theory and to citizenship.

The committee of the Stevenson Trust for Citizenship designated the lecture to be given by the Rt Hon David Blunkett MP as part of this session’s Stevenson lectures, as the Bernard Crick Memorial Lecture.  It is the intention of the committee that one of each year’s lectures should be given in recognition of the contribution that the late Professor Sir Bernard Crick made to political theory in general and to the theory and practice of citizenship in particular.