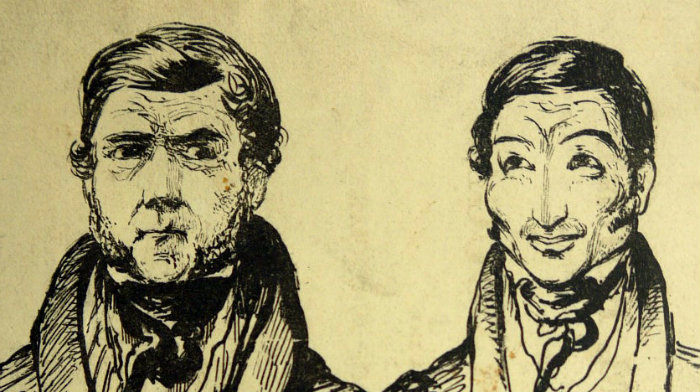 From 1752 to 1832, the bodies of hanged murderers were the only legitimate source of human material for anatomical dissection.

Over this 80-year period, only 23 of these subjects were received by the University of Glasgow, with no legitimate subjects made available to the small number of extramural anatomy schools which were operating in the City.

It is said that in 1814, just a year before the Battle of Waterloo, around 800 students were studying anatomy in Glasgow — which is not far from the number who currently study the subject each year. Many of these students would go on to become naval and military surgeons.

This was the peak of the body-snatching era, where to supply the need for cadaveric dissection, recently interred bodies were taken by students or paid “resurrection men” from local churchyards, and were even stolen before funerals, or imported by steamboat from Ireland.

Matters reached a head in the late 1820s with the notorious case of Burke and Hare, two Edinburgh-based resurrection men who turned to murder as a more effective means of obtaining fresh subjects for the anatomy school.

This case (and similar cases of ‘burking’) caused an outcry and not long afterwards the Anatomy Act of 1832 effectively spelled an end to body-snatching, expanding the legal supply of cadavers, and paving the way for the current arrangements, by which members of the public generously donate their bodies for anatomical teaching and research.

To this day, body donation plays a vital role in our ability to teach and train the next generation of scientists and medical practitioners.