Charlie Peevers is Senior Lecturer in International Law. Her research interests encompass the method and practices of international law, particularly the ways in which international law is contested and made by often marginalised peoples and under-acknowledged actors in global politics. Her research focuses particularly on militarism and on sociotechnical infrastructures including canals, satellites and nuclear weapons. She has an interdisciplinary scholarly background in history, international relations and law and has practised across a broad range of legal areas.

She has been awarded Royal Society of Edinburgh funding to investigate the influence of anti-nuclear activism led by women on global efforts to bring about total disarmament, looking especially at the context of Scottish-based activism during the Cold War.

Charlie collaborates with colleagues in the School of Law and other organisations on the Women in Law project, researching the legal history of women in Scotland. The project includes tracing the early years of professional practice, women's entry into academia, and women engaged in legal activism outside the formal study and practice of law, whose impact on Scottish history is both profound and woefully under-acknowledged.

In 2015/16 she was a Visiting Fellow at the Program on Science, Technology and Society at Harvard Kennedy School with Professor Sheila Jasanoff, researching canals, collective memory and military intervention.

Charlie is an Associate Member of the Institute for International Law & the Humanities, Melbourne Law School and regular Faculty of the Institute for Global Law & Policy, Harvard Law School, contributing over the past decade to its intensive writing workshops for doctoral candidates and policy professionals, and to the Global Scholars Academy, a collaboration between the Graduate Institute, Geneva and the IGLP, supported by the Open Society University Network.

She has taught at several institutions including LSE, King’s College, London, University of Technology, Sydney and has been recognized with awards for teaching excellence.  She is a Fellow of the Higher Education Academy.

Charlie was formerly a practising barrister (Middle Temple, called 2009) and continues to engage in consultancy work in human rights and international law. 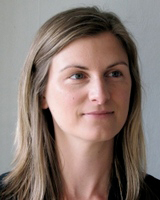