Room 524, 8 The Square, School Of Law, University of Glasgow

Dr Lindsay joined the School of Law in 2018, previously having graduated from the University of Glasgow with an LL.B (First Class). He obtained a Distinction in the Bachelor of Civil Law at the University of Oxford and returned to Glasgow to complete a PhD before being appointed as a Lecturer in Private Law.  He is particularly interested in international private law, the law of obligations, and corporate insolvency.

Prior to taking up his position, he was research assistant to Professor Ewan McKendrick QC on the fifth edition of Goode on Commercial Law and was invited to sit on the Scottish Law Commission’s Advisory Panel for its Discussion Paper on Penalty Clauses. Alongside his teaching and research, he is the Mooting Officer for the School of Law and is a member of the Law Reform and Public Policy group, for which he assists in the organisation of the Justice@Glasgow Seminar Series.

My PhD considered the cross-border enforceability of foreign tax, penal, and public law claims. I currently am researching accessory liability in private international law and the cross-border application of legal professional privilege. I intend to embark upon a collaborative project examining the role of statutes in the private international law of common law and mixed legal systems.  I also maintain an interest in domestic private law and I am currently conducting research on the economic delicts. 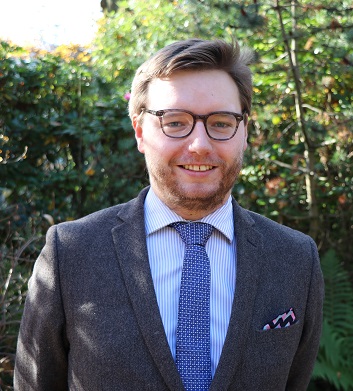