‘Flexible Engagement’: The League of Nations and its Non-Members 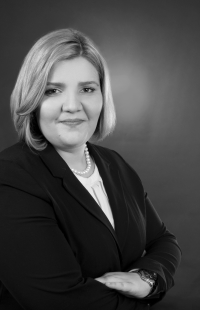 Saskia Millmann is currently pursuing a PhD at the University of Glasgow School of Law. Her interdisciplinary project in International Law and History is funded by the Lord Kelvin Adam Smith Scholarship and analyses how non-members of the League of Nations collaborated with the League and its members regarding Jewish refugees as well as combatting human and drug trafficking.

Saskia holds two Master degrees which reflect her interdisciplinary interest and previous work in both areas. She received her M.A. in Jewish History from the Ludwig-Maximilians-Universität Munich where she graduated with distinction in 2017. Her dissertation was the first to analyse the 34 racially persecuted researchers at the University of Munich as well as their migration, re-migration and rehabilitation.

In 2016 Saskia graduated with a LL.M. in International Law from the University of Edinburgh. During her studies at Edinburgh, she focussed on general Public International Law, International Criminal Law, Human Rights and Humanitarian Law. Her dissertation examined immunities of state officials in national courts and universal jurisdiction for international crimes.

In 2015, she finished her undergraduate degree in History and Law (joint honours) at the University of Munich during which she spent an Erasmus Semester at the University of Gothenburg (Sweden) studying International Law of the Sea. Her focus on Public International Law and Jewish History was reflected in her Bachelor’s dissertation which analysed the Influence of the Nuremberg and Frankfurt Trials on the Evolution of Human Rights Law.