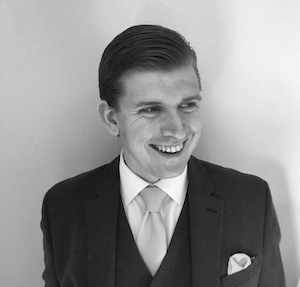 In addition to his PhD, Connor has also been employed as a Graduate Teaching Assistant and Research Assistant at the School of Law.

In July 2020, Connor was awarded the Tatjana Finkelstein Scholarship by The Honourable Society of Gray’s Inn to undertake the Graduate Diploma in Law with the expectation of calling to the Bar of England and Wales following his PhD. He was subsequently admitted to Gray’s Inn as a student member.

In addition to his own research, Connor is active within the fortnightly International Law Working Group as well as the Glasgow Centre for International Law and Security. He also seeks to regularly contribute to other research areas in the School of Law, such as legal history and public law.

While researching at Glasgow, Connor has tutored Constitutional/Public Law, Obligations 1A (Delict), and Commercial Law. He has also coached domestic/international mooting teams at undergraduate and postgraduate level during his previous studies.