I’m a historian of the modern Middle East by background, now teaching and researching on the history of refugees and statelessness in the world at large—with an increasing interest in the roles animals play in situations of human displacement, and the relationship between displacement and environment.

My doctoral research and first book were about Syria in the period of the French mandate (1920–46). They used the emergence of the concept of ‘minority’ in political discourse in and about Syria to trace processes of modern state formation in the country: across the territory, as borders were drawn around it and the institutions of the state made their presence felt even in rural areas, and institutionally, as uniform legal institutions gradually developed within the country and it began to fit into an emerging international system of nation-states. As a Goodreads review put it, ‘Little or no nudity’.

From there I became interested in refugees and statelessness, first of all in the interwar Middle East and then more generally. I’ve done research on refugees in French mandate Syria and Lebanon and British mandate Iraq, some of which can be accessed via the publications list below. What started out as a side-project within that research has ballooned to become my main ongoing project: a global history of the refugee camp. The Glasgow Refugee, Asylum, and Migration Network (GRAMNet) has become the institutional home for this.

Research for one of my initial case studies, the refugee camp run by the British military at Baquba in what is now Iraq in 1918–21, made me realize what an important role animals played in the camp. Nearly 50,000 people lived at Baquba when the camp was at its largest, but they also brought thousands of large animals (horses, cattle) and thousands more smaller animals (sheeps, goat). These animals shaped the camp itself as well as the lives of the people in it and their relationship with both the British military and the population of the surrounding area. That first case study prompted me to set up a larger interdisciplinary project with a more contemporary focus, on humans and animals in refugee camps, which I’m currently running with funding from the Wellcome Trust. This has also encouraged me to think about camps’ place in their natural environment, and the relationship between the environment and displacement more generally, in my future work.

I blog (occasionally) at singularthings.wordpress.com, where you can find quite a few pieces about refugee history, as well as posts about other things ranging from humanitarian statistics to abandoned Australian quarantine stations.

White, B. T. (2018) An infinite present: Annie Ernaux’s The Years and modern French history. Fiction and Film for Scholars of France: A Cultural Bulletin, 9(1),

White, B. T. (2011) The Emergence of Minorities in the Middle East: The Politics of Community in French Mandate Syria. Edinburgh University Press: Edinburgh. ISBN 9780748641871

White, B. T. (2018) An infinite present: Annie Ernaux’s The Years and modern French history. Fiction and Film for Scholars of France: A Cultural Bulletin, 9(1),

White, B. T. (2011) The Emergence of Minorities in the Middle East: The Politics of Community in French Mandate Syria. Edinburgh University Press: Edinburgh. ISBN 9780748641871

British Academy Sponsored Institutes and Societies strategic development programme, £15,000 for an academic/humanitarian knowledge-exchange series at the Council for British Research in the Levant (2015)

I would be happy to supervise doctoral students wanting to work on the history of refugees and statelessness, anywhere in the world, especially on aspects of the history of the refugee camp and on the relationship between forced displacement and the environment. Other subjects would include the history of humanitarianism, the League of Nations mandates, and French and British imperialism in the Middle East.

My postgraduate courses are ‘Century of the refugee’: refugees and statelessness in comparative perspective, 1900–2000 and The Ottomans in history, 1300–1922. I have also convened the full-year core module for all postgraduate taught courses in history, Research resources and skills for historians, and co-taught the module Approaches to history.

At honours level I teach a full-year special subject, ‘Century of the refugee’: refugees and statelessness in the long twentieth century, c.1900–present and a one-semester honours module, Middle Eastern cities 1800–1960: cosmopolitanism, empire, and nationalism. In years when I am only available for one semester I also run a shorter version of the special subject as a one-semester honours module covering the first half of the twentieth century, ‘The scum of the earth’:
refugees and statelessness in world history, c.1900–1951.

I previously convened the sub-honours undergraduate course History 1C: War, revolution, and empire: Europe from the eighteenth to the twenty-first centuries, and contributed lectures and seminars to it. In future I will be contributing to level 2 courses, including the new survey course in global history. 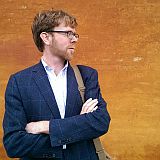