I am a specialist in the later Roman Empire (3rd-5th centuries AD), and my research has focussed on three key themes: the late Empire's civil wars, the corpus of late Roman panegyric, and the question of collective memory and of attempts to control or prohibit memorialisation (the so called damnatio memoriae).

My forthcoming monograph, Emperors and Usurpers: Civil war, panegyric, and the construction of legitimacy in the Later Roman Empire (Oxford Studies in Byzantium. Oxford: 2018), unites these three interests and constitutes an exploration of the civil wars of the Roman Empire, from the accession of the emperor Diocletian (284) until the death of the emperor Theodosius (395). The book approaches this work with an eye on the question of memory and memorialisation, and takes as its starting point the considerable problem that all Roman civil wars are described in sources written by the victors. Embracing this problem, rather than attempting to overcome it, the book explores how victorious regimes sought to blacken their defeated enemies and to control the way that the past was remembered and commemorated. I use panegyric as my primary source and not only provide the first comprehensive account of the late Empire's civil wars, but advance a detailed thesis for how legitimacy and imperial authority were conceived in the Roman Empire.

My interest in panegyric has also led me to co-edit a volume on panegyric in the later Roman Empire, Panegyric from Diocletian to Theodosius (Liverpool University Press: forthcoming). This book, a collection of articles from an international body of leading scholars in the field of panegyric studies, unites this rather disparate field through its comparative approach, bringing together scholars working on every author and collection within the corpus of late Roman panegyric and exploring what was distinct about the medium in this period.

In September 2017, I organised a conference at Trinity College, Cambridge, entitled, ‘Memory sanctions and “damnatio memoriae”, c. 200 - c. 800 AD’, which brought together a range of scholars working on memory sanctions in the period of Late Antiquity. The conference explored the commonalities of late Roman, early Medieval, Byzantine, and Christian attempts to prohibit recollection or to mutilate memory, and the universal aspiration of human societies to dictate the content of collective memory spaces, whether these be physical spaces (squares, monuments, cities), or imaginative ones (communities, organisiations, identities). We delved into the great contradiction of attempts to ‘remember to forget’, and explored how societies attempt to draw attention to people and events who are marked out as too hideous to be recalled.

For the future, my work will explore the role of civil war in the unravelling of Roman imperial power in the western Mediterranean.

Omissi, A. (2020) Civil war and the late Roman panegyrical corpus. In: Omissi, A. and Ross, A. J. (eds.) Imperial Panegyric from Diocletian to Honorius. Series: Translated texts for historians. Liverpool University Press: Liverpool. ISBN 9781789621105 (In Press)

Omissi, A. (2020) Civil war and the late Roman panegyrical corpus. In: Omissi, A. and Ross, A. J. (eds.) Imperial Panegyric from Diocletian to Honorius. Series: Translated texts for historians. Liverpool University Press: Liverpool. ISBN 9781789621105 (In Press)

I would be very keen to supervise students working in any aspect of late Roman, Late Antique, or early Byzantine history, particularly students working on political culture, imperial representation, or the military establishment. My own future work will be exploring the emergence of Romano-Germanic culture and the interactions between Romans and barbarians, and I would likewise be particularly interested to support individuals looking to do research in these areas. 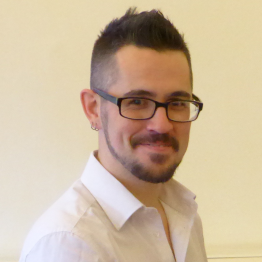