Network for Oratory and Politics

Find out more about

Network for Oratory and Politics

The Network for Oratory and Politics held a series of seminars this Autumn which showcased three experts in political rhetoric who discussed three different approaches to political oratory in three different historical periods. Speakers included an expert in Late Antiquity, a classicist speaking on the modern reception of the Roman orator Cicero, and an academic specialist in modern political speech.

The programme was as follows:

Hosted by School of Classics and the Network for Oratory and Politics.

You can watch our recording of Prof. Clark's talk here.

Dr Lynn Fotheringham (University of Nottingham) will speak on: ‘Attitudes to oratory in modern biographies of Cicero’

Hosted by the School of History, Classics & Archaeology and the Network for Oratory and Politics.

Professor James Martin (Goldsmith’s, University of London) will speak on: ‘Beyond Pathos: Enjoyment as a Rhetorical Factor’

Hosted at The Univeristy of Glasgow by the Network for Oratory and Politics.

You can find a recording of the seminar here.

These events have now passed. You can catch up on the seminars on our website.

Find out more about 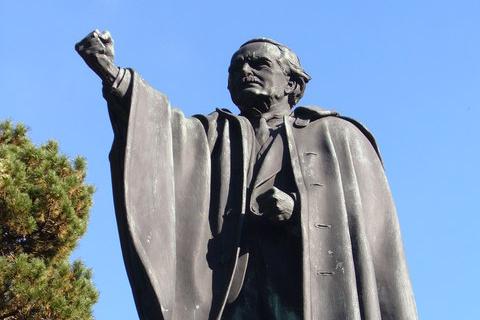 Seminar series on 'Approaches to political oratory across history' at the Universities of St Andrews, Edinburgh and Glasgow. Click for more details.