Commemorations of Saints in Scottish Place-Names

Scotland’s landscape is rich in place-names incorporating names of saints (hagio-toponyms), mostly of medieval origin. These names, several thousands of them, span Scotland’s historical linguistic range, including names in Northern British (Ecclesmachan), Gaelic (Kilmacolm, Tobermory), Norse (Barra) and Scots (St Quivox, Ladykirk). Many are the names of medieval parishes, but more are the names of chapel sites, wells, stones, and other landscape features associated with saints (e.g., St Baldred’s Boat. Sometimes it is obvious that there’s a saint in the name, as in St Andrews, but language changes and spelling mutations over time disguise this fact in others, like Exmagirdle or Chipperdingan. Because place-names ‘fossilise’ saints’ names, they are often the earliest evidence we have of saints’ cults in Scotland and, consequently, the earliest information we have about religious activity in a region. The commemoration of saints in Scottish place-names provide a window on a diverse array of aspects of the past, from the distribution of saints’ cults themselves, through linguistic ebb and flow, to political or regional affiliations and identities. These names thus constitute a major aspect of Scotland’s medieval past, yet they have not been studied systematically. Our study will enact a full survey, subjecting the data to rigorous analysis.

The Leverhulme Trust has funded us to carry out this work over a three-year period. Our project’s outputs will comprise:

The project will collect and analyse as comprehensively as possible the hagiotoponyms of Scotland. A series of localities will then be selected for fine-grained investigation, employing a greater array of local source material, and integrating non-toponymic information about local saints’ cults, and other ecclesiastical toponyms (e.g., those referring to hereditary relic keepers or church-lands). These studies will act as pioneering research into the micro-environment of the toponymy of devotion.

The cults of saints have long been studied as a way of understanding religious history, and in Scotland the poverty of other kinds of evidence from the early medieval period give hagio-toponyms special significance. But there are considerable challenges: understanding the derivation of the place-names themselves, for instance, or difficulties in identifying the individuals commemorated. In place-names we find both formal processes of naming (reflecting authority, possession and power), and naming as a reflection of local popular devotion, and the stories people told about their landscape. Study of hagio-toponyms must cope with extremes: dedications to saints as expressions of monastic control, and the mistaken creation of saints out of common name-elements (e.g., St Ford, originally Sandford). It was, and is, a dynamic process of forgetfulness and invention. We hope we will be able to reclaim and understand through our work the landscapes of Scotland's religious past. 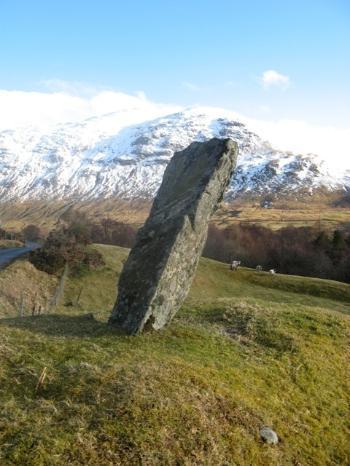