Rising from the Ashes: Karterouni and the Forest Heritage of Cyprus

Erin Gibson and Michael Given

In June 2016 a massive forest fire in the northern Troodos mountains of Cyprus burnt 19 sq km of forest. Two fire-fighters were killed, and the damage to forests, habitats and cultural heritage was incalculable.

One of the heritage sites that was burnt was the abandoned forest village of Karterouni, which had been mapped by the University of Glasgow’s Troodos Archaeological and Environmental Survey Project  in 2001-2002. It was inhabited from about the 17th century to its final abandonment in the mid-20th centuries, and its houses, terraces, threshing floors and water channels are well preserved.

Karterouni was also the birthplace of Mr Panayiotis Alexandrou Loppas, a key participant in the Pathways to Heritage project, directed by Dr Erin Gibson of the University of Glasgow. This project investigated the heritage of the village of Nikitari, a few kilometres beyond the fire zone, by asking villagers ‘What in this area where you live is important to you?’. The stories, activities, memories, photographs and videos that came out of this are presented on the ‘Telling the Story of Home’ storymap, in both Greek and English. 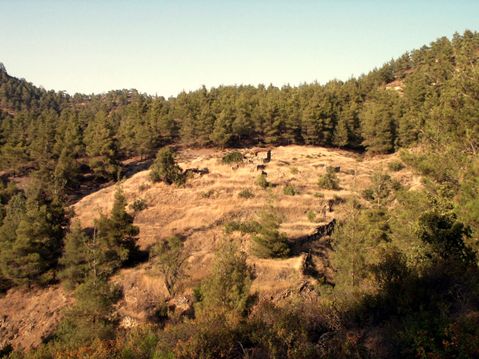 Karterouni was completely burnt in the great forest fire of June 2016. The only two storey house, that of Nicholas Savvides, was burned and its roof collapsed. The damage to vegetation prompted an increase in soil erosion, which subsequently influenced the preservation of structures and even the previously well-preserved threshing floors. 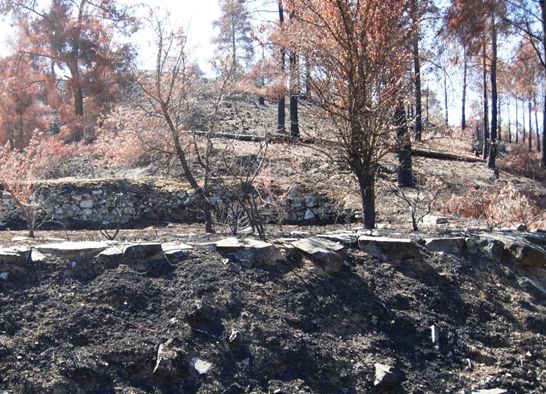 In 2017 the Forestry Department decided to create a heritage site at Karterouni that included a reconstructed building, a walking trail and signs telling the history of the village and its significance to those who once lived there. Because of the strong connections to TAESP and ‘Pathways to Heritage’ we worked closely with them in doing the work of heritage: collating past archaeological data collected through the TAESP project, documenting contemporary connections to the village, helping to develop new pathways for new interactions, advising on the reconstruction of one of the houses, and writing text for information signs.

Our aim was to bring the old village and its people, animals, crops, water supply and soils back to life for modern visitors. 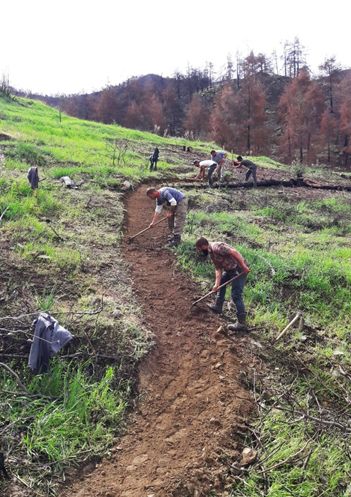 As part of her ‘Pathways to Heritage’ project, Erin developed the idea of ‘Storypaths’ as a technique to document those visual expressions and physical movements that are so important to understanding the meaning of place and the process of heritage formation. She piloted it at Karterouni by using video to document the experience of Panayiotis Loppas (80 years old at the time) as he walked through the village seeing it for the first time after the forest fire. 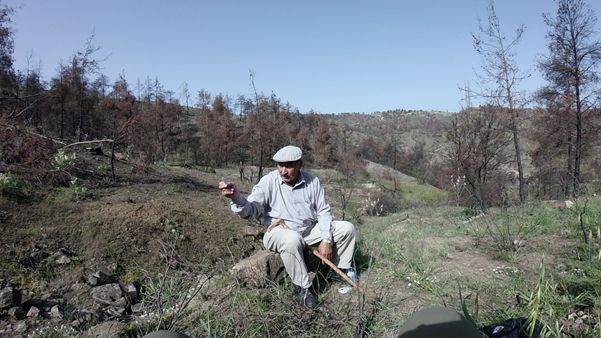 In spite of his distress about the fire, Panayiotis made the decision to visit Karterouni because, he said, “it is the village I was born in, I am attracted to it, I feel that it is the place I was born.” The stories that he and others told us keep the memory and place of Karterouni village alive. Their accounts enabled us to create a vivid and intimate understanding of life in the village up to 100 years ago, which in turn has been incorporated into a reconstruction drawing and our information signs. 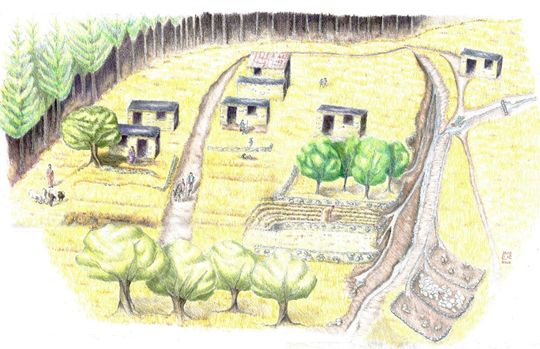 The Forestry workers who helped to build pathways and clean the threshing floor expressed pride in their work – they had become part of Karterouni’s living history. 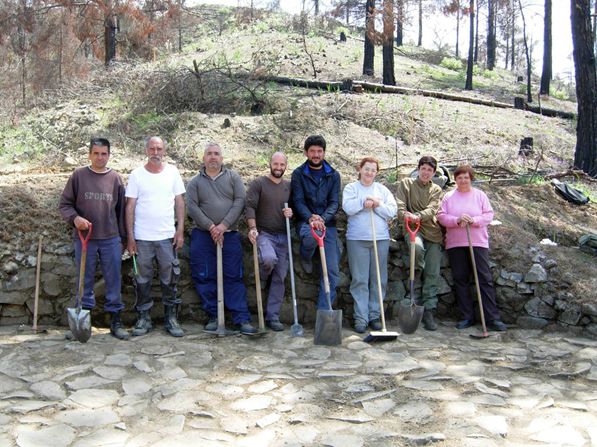 From the ashes at Karterouni emerges not only fresh new growth but strong new connections with the land and the past. The deep soils in its old terraces and the long engagement among people and forest create new possibilities, new memories and interactions that will take it forward into a rich future. 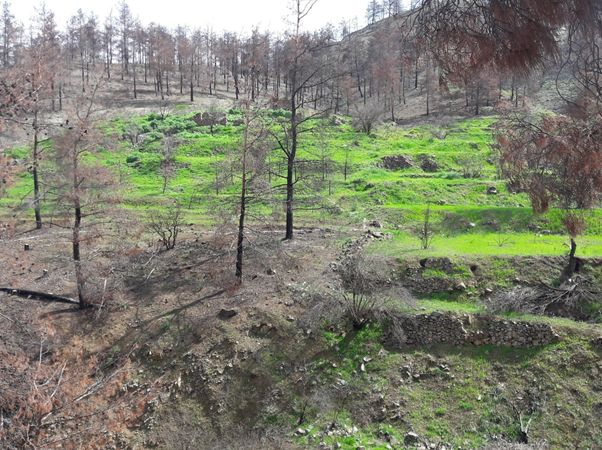