References in early documentary sources as well as the richness of early medieval sculpture found in and around Forteviot suggests that it was a Pictish or early medieval royal centre.

Early medieval texts, such St Andrews Foundation Legend, The Pictish King-Lists, the Chronicle of the Kings of Alba and charters of the 12th century mention Forteviot and attest to its importance as a royal centre.  In the Chronicle of the Kings of Alba it states that ‘He (Cináed son of Alpín, 842/3-58), died finally of a tumour, on the Tuesday before the Ides of February (13th Feb), in the palacium of Forteviot’.  This passage refers to the death at Forteviot of King Kenneth mac Alpin, one of the first kings of a united Scotland.  However, the origins of the palacium described in the text, or the nature of a royal centre at Forteviot is unclear and is one of the aspects of the SERF project to explore.

Forteviot’s royal status is underscored by its exceptional collection of early medieval sculpture, including the unique carved arch from what would have likely been part of a church at Forteviot (now in the National Museum of Scotland), fragments of several Pictish crosses and the magnificent Dupplin Cross (now in St Serf’s Dunning) but formerly overlooking Forteviot on the lower slopes of the Gask Ridge. 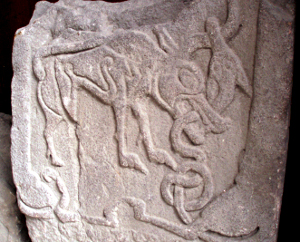 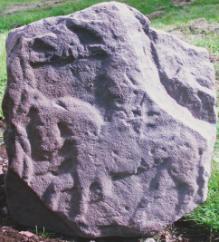