In the fields surrounding the village of Forteviot there is a wide variety of archaeological monuments.   Their remains are now largely invisible, because the ancient structures were made predominantly of wood and earth. That wood has decayed and the upstanding earthen features have been eroded by centuries of ploughing. Nonetheless, evidence of prehistoric activity survives below ground and has been revealed by aerial photography through patterns in crop growth: cropmarks.

The archaeological traces of a prehistoric complex and Pictish cemetery at Forteviot were first recorded as cropmarks in the 1970s. At this time J K St. Joseph identified the early prehistoric palisaded enclosure and a variety of possible henge monuments and timber circles (St Joseph 1976, 1978). Subsequent aerial photography by the Royal Commission on Ancient and Historical Monuments of Scotland added detail to the prehistoric complex, but also revealed traces of long graves and square barrows, characteristic of a Pictish cemetery. Coupled with the historical significance of this place, it seems clear that Forteviot was a major centre of social power both prehistory and then again some 3500 years later. 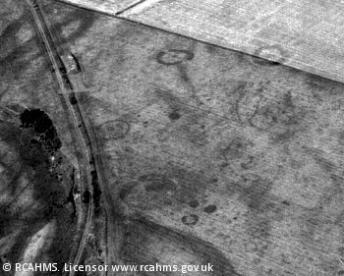 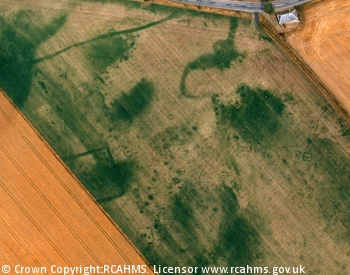