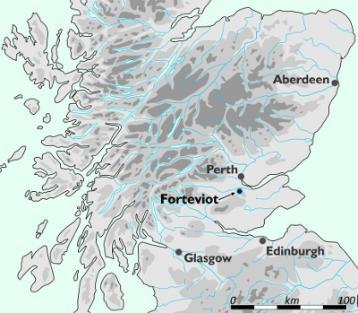 No place has a better claim to be the cradle of Scotland than Strathearn where the Pictish kingdom evolved into the Kingdom of the Scots. Given the agricultural wealth here, it is no surprise that the fertile east midlands provided the foundations for a royal centre, or that it attracted the attention of the earliest prehistoric farming peoples who transformed the landscape into a monumental ceremonial centre.

Demonstrating the potential significance of Forteviot both in prehistory and the Early Medieval period, evidence in the form of cropmarks identified from the air, early documentary references as well as a concentration of early medieval sculpture has provided the basis for the investigations at Forteviot by SERF.