The School of Humanities has announced a new collaboration with the University of Melbourne's School of Historical and Philosophical Studies. 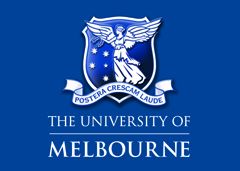 ‌The agreement follows a visit to Melbourne earlier this year by Glasgow's Professor Simon P Newman. Simon is the Sir Denis Brogan Professor of American History and Director of the Andrew Hook Centre for American Studies. He was awarded Melbourne's Dyason Fellowship which saw him spending a month in Australia as a visiting scholar.

Professor Newman said: "While in residence in Melbourne, I held a series of discussions with Professor Trevor Burnard, Head of Melbourne's School of Historical and Philosophical Studies (SHAPS). Glasgow’s School of Humanities (SoH) and Melbourne’s SHAPS are closely aligned (each contains archaeology, classics, history and philosophy).

"These discussions have advanced considerably since then, and this week we have Professor Burnard visiting Glasgow and he and Professor Lynn Abrams (Acting Head of SoH) will officially launch a collaborative relationship between the two schools."

Already research and teaching collaborations are developing. Dr Ben White in the SoH and Professor Joy Damousi at SHAPS are collaborating on a study of child refugees in wartime, and Simon and Trevor on runaway slaves in the Caribbean.

Over the coming year Professor Michal Brady, Dr. Tony Pollard and one PGR student will travel from Glasgow to Melbourne, and several Melbourne academic staff and early career researchers will visit Glasgow.

The launch of this collaboration took place on Monday 30 November 2015: