Conflict and Rebellion in the North Sea World: Creating, Managing and Resolving Conflict in the 12th – 13th Centuries 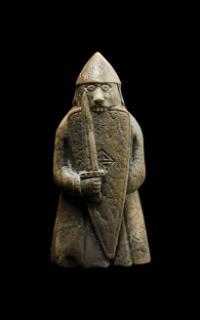 We are pleased to send out the call for papers for Conflict and Rebellion in the North Sea World 2014.

From the 8th to the mid-11th century, Scandinavia, the British Isles, Ireland and the Low Countries have been considered as part of a larger North Sea World, linked by trade, culture and conquest. Such comparisons in British scholarship, however, have tended to end at the late 11th Century and the Norman Conquest of England. This conference seeks to extend beyond this traditional frontier by focussing upon the themes of conflict and rebellion in the regions of the North Sea World in the 12th and 13th centuries. The aim will be to help provide fresh perspectives on these subjects by highlighting the contrasts and similarities in conflict creation, management and resolution in different countries.

The conference is a two-day interdisciplinary conference for postgraduate and early career researchers and will be hosted by the History Subject at the University of Glasgow 9-10 April 2014.

We invite proposals from current postgraduate, postdoctoral and early career researchers in History, and any other relevant subject area, for papers of 20 minutes on the topic of conflict and conflict resolution in the 12th and the 13th centuries ranging geographically from Scandinavia and Iceland to the British Isles and the Low Countries. Abstracts must be 200 words maximum. The proposals must include name, institution, contact information, paper title and abstract.

Possible topics for papers include but are not limited to:
• Rebellion against the crown
• Gender in conflict and rebellion
• The Church and Rebellion
• Strategies of conflict
• Conflict resolution
• Family conflicts
• Architecture of rebellion (castles and defensive structures)
• Visual and literary depictions of rebellion and rebels
• Urban rebellion

Proposals are to be sent to arts-conflictandrebellion@glasgow.ac.uk  by Friday 29 November 2013.

17.00 – Wine reception hosted by the Centre for Scottish and Celtic Studies (served in the lecture theatre/room 203)

16.30 – Closing notes followed by wine reception hosted by the Scottish Centre for War Studies (served in the lecture theatre/room 203)

With the support of: