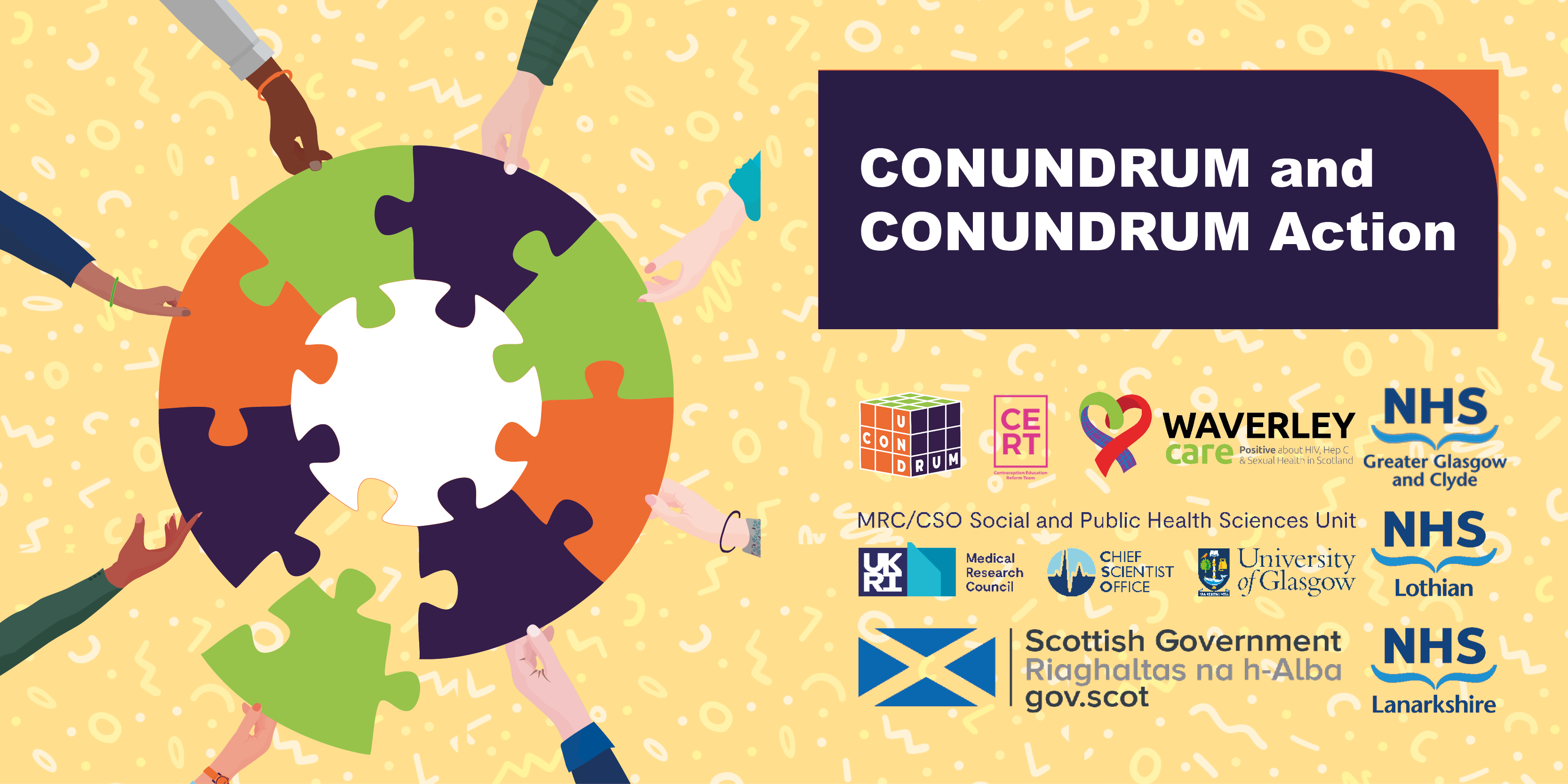 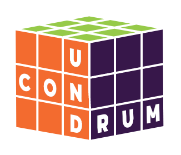 Watch: 'the value of co-production' - Billie and Ruth from the CONUNDRUM team being interviewed by the Institute of Community Reporters.

CONUNDRUM (CONdom & CONtraception UNDerstandings: Researching Uptake & Motivations) is an ongoing collaboration between sexual health stakeholders – including young people, policy makers, practitioners and researchers – who are committed to improving sexual health among young people in Scotland. Details of the original CONUNDRUM study (2019-2020) and CONUNDRUM Action (currently underway in 2022) are available below.

You can also find project updates on twitter at #ProjectCONUNDRUM

CONUNDRUM (CONdom & CONtraception UNDerstandings: Researching Uptake and Motivations) was commissioned in response to growing concern among sexual health decision-makers about declining use of condoms and other effective forms of contraception among young people in Scotland. Recognising that current policy responses were fragmented across different localities, and often not leading to increased uptake of condom and contraceptive services by young people, three NHS Scotland health boards and the Scottish Government co-funded the CONUNDRUM project to provide insight into the social context shaping young people’s use (and non-use) of condoms and contraception, and to make recommendations for sexual health policy and services.

Study research questions and methods were co-developed with 100+ sexual health stakeholders – including young people, practitioners and policymakers. Over 2000 16-24 year olds across Scotland shared their views and experiences of condoms and contraception in an online survey and focus groups. We then worked with stakeholders to co-develop nine policy recommendations based on the findings.

All CONUNDRUM outputs can be found on publications section of this page, including the full report and its executive summary.

Building on recommendations co-developed in Phase 1, CONUNDRUM Action is a participatory project aiming to increase young people’s meaningful involvement in sexual health policymaking and service improvement in Scotland. The project brings together an Action Group that is collaborating on developing tools and expertise to support and sustain a culture of young people’s meaningful involvement in improving sexual health in Scotland. Action Group members include young people living across Scotland, sexual health decision-makers in Scottish Government, NHS Scotland, and third sector, and researchers. Watch: 'Interview: the value of co-production in sexual health (for The Value of Co-Production project.

Watch: 'the value of co-production' - Billie and Ruth from the CONUNDRUM team being interviewed by the Institute of Community Reporters.