Improving the experience of Black, Asian and minority ethnic students in higher education: a conference report

IHW's ethnicity champion Sarah Amele shares key messages from a recent conference hosted by Government Events, which examined the ways in which higher education institutions can and must work to improve the experience of Black, Asian and minority ethnic students and address the degree awarding gap.

According to the Higher Education Statistics Agency (HESA), 80.9% of White students were awarded a good degree in 2018, compared to only 67.7% of Black, Asian, and minority ethnic students. However, this gap varies greatly depending on ethnicity, with the most pronounced gap between Black and White students. HESA also found that <1% of professors at UK universities identified as Black. According to Universities UK, in 2020, racial harassment was stated as the reason why 1 in 20 students left their course and 3 in 20 members of staff had left their job. Also, a 2018 report by The Independent showed that Black students were 21 times more likely to have their university application investigated than their white peers. These disturbing statistics highlight the need for substantial improvements across UK universities to improve the experience and retention of BAME students, and to close the awarding gap. 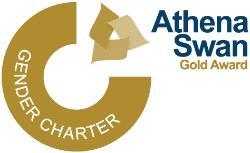