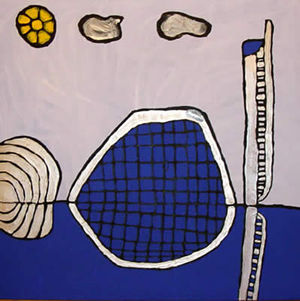 Is television a contributory factor in accent change in adolescents?

This project investigates the possible effects of television on pronunciation in adolescents, using methods adapted from sociolinguistics and mass communications research.As such it marks the beginning of systematic research into the relationship between television and language change. The funded period of the project ran from 2002 to 2005.  We are now working to interpret the data, carrying out additional anlayses, and disseminate the project findings.

You can find an outline of the project and the research questions here.  A short summary of the initial findings is given here. (Adobe Acrobat format); press coverage is here . The project reportpresents a 5,000 word summary of the preliminary results and analyses, and was submitted to ESRC in December 2005.  More recent results and interpretation can be found in our recent research outputs.

In brief, we find:

• Glaswegian adolescents show medium exposure to television, but particularly enjoy, and engage with London-based dramas, especially EastEnders
• Our large-scale, multifactorial statistical analysis reveals robust significant correlations between features of consonant pronunciation ([f] [v] for /th/ /dh/ and l-vocalization) and opportunities for contact with speakers of Southern English English, specific social practices, and engaging with the popular television show, EastEnders
• other features, such as vowel pronunciations, do not appear to show such links
• Glaswegian adolescents do not seem to be able to imitate Southern English accent features, nor do they seem to want to sound like such speakers
• Glaswegian adolescents show some short-term effects of television on speech, in that specific features in some speakers were observed to shift after watching only a short television clip
• Individual speakers show particular patterns of the innovative speech variants which partly reflect patterns of dialect contact and television engagement, and partly their own personality and capacity for taking up innovations, amongst other things.

The results themselves, subsequent analyses, and further research, particularly following discussion with colleagues working on media and language (Jannis Androustopoulos ; Werner Holly), lead us to a positive interpretation, i.e. that in this case, television is influencing variation and change in accent.  However, our view of media influence on language does not assume a blanket transmission of features to passive speaker-viewers.  Rather we are now developing a model of media influence on language which we call ‘linguistic appropriation from the media’ (cf ‘communicative appropriation’ from Holly and colleagues).  This requires understanding how speaker-viewers perceive and learn about media speech in conjunction with the socio-cultural process known as ‘appropriation’, i.e. what each speaker/viewer takes for themself whilst engaging with the media, given their own particular experience of the world.  Our more recent work, and the bones of the model, may be found in the most recent research outputs.  In fact, it emerges that very little is known about how speakers learn about the accents from speech presented in the media, and has led to the initiation of a new research strand into phonological learning from non-interactive mediated speech: AHRC research proposal (Abode Acrobat format) by Jane Stuart-Smith.