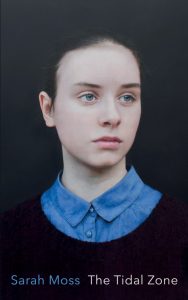 Sarah Moss writes on the history and literature of food and travel. She co-edits, with Nicola Humble, the Food series at Manchester University Press, and has a BA, M.St. and DPhil from Oxford University. Cold Earth (2009) was her debut novel, followed by Night Waking (2011), both published by Granta. Names for the Sea: Strangers in Iceland, which deals with her experience of spending a year in Iceland just after the country's economic collapse and during the eruption of Eyjafjallajökull, was published by Granta in 2012 and was shortlisted for the Royal Society of Literature's 2013 Ondaatje Prize.

Her novel, The Tidal Zone, was published by Granta in July 2016 and was shortlisted for The Wellcome Book Prize 2017.

The Creative Conversations Speaker series are free and open to the public.

This series is sponsored by the Ferguson Bequest and programmed by Creative Writing at University of Glasgow.